What’s in a Nose? A Pop Culture Investigation 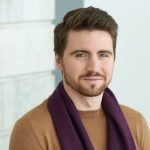 In one of many soliloquies, this time from Romeo and Juliet, William Shakespeare poses the question “What’s in a name?” Spoken by Juliet, the line reads, “That by which we call a rose / By any other name would smell just a sweet.” The passage calls the audience to consider the arbitrary nature of assigning names. You can call a rose a seal, but it will still smell like a floral dream. Of course, Shakespeare never actually wrote those lines. The original is quite close. Even so, the way modern audiences know it is a light reconstruction from the Bard’s copies and various productions. All the same, the phrasing works wonders as a template for pondering points taken for granted. So, why not ask, what’s in a nose?

Yes, a nose is a sensory organ no matter what anyone calls it. But, when one steps back to think about the visual language of noses on film and television, there are a whole host of curious wrinkles to consider. In terms of recent history, Vecna’s appearance as the ‘big bad’ on Stranger Things season four brings back the conversation about villains without noses. He joins the likes of Lord Voldemort and the Pale Man, just to name two, in a seemingly endless string of baddies with their nasal cavities out and about for the whole world to see. Yet, every noseless iteration begs the opposite question of why protagonists find their proboscises mostly intact. Without a clear answer in sight, it seemed time to consider the broader human obsession with this particular appendage and build a theory about the nosy and the noseless on our screens.

Nosing Around in History

Humans have fostered a millennia-long fascination with noses. As one of the most prominent features on a human face, it’s uncomplicated to imagine why generations of people across cultures and centuries have puzzled through how to think about this fleshy protrusion on everybody’s face. Ancient Egyptian beliefs posited that statues contained great power. The best way for an enemy to shatter that power was to break off the nose, hence the “epidemic” of Egyptian statues missing them. In Barcelona, a holiday for the “Man With as Many Noses as There are Days Left in the Year” includes parades and lots of candy for children. Nose piercings have abounded for centuries everywhere from India to Australia, each variation connected to a belief about the symbology and capacity of the action. As one might expect, the list of nostril doctrines runs as long as there are cultures and periods in history.

The nose also features in all manner of preposterous pseudosciences suggesting that shape, size, and markings relay vital information about the wearer. Take for instance the school of physiognomy, an early stab at a eugenics-style classification of humans, this one specifically based on facial features. While there are iterations throughout time, Victorian England took quite a shine to the practice. Mary Cowling wrote a book about the practice, noting that the Victorian viewpoint held that “the shape of the nose and cheeks indicated, like the forehead’s angle, the subject’s social status and level of intelligence.” Specifically, the point of view held that the “Roman nose was superior” to all other nose types.  That distinction, as all eugenicist beliefs boil down to, was the Victorian version of saying that a classically white European nose shape marked supremacy over every other shape and size.

Even with physiognomy’s fall from fashion after the end of the 19th Century, the echoes and continuations of the dangerous and false concepts held within it are still squarely in our midst. The underlying concept of noses used as a way to denigrate a population was, and remains, a key tenet of Jewish caricatures, something present, unsurprising with hindsight, in the Harry Potter universe. While going beyond noses, the work of so-called academics such as Charles Murray continues the racist framework of championing a thought process that falsely correlates genetics and appearance to intelligence. In short, noses in history are wrapped up in chaotic and often menacing indications of where culture sits at the time. There is, at any given moment, quite a lot at play in the presentation of a nose.

A Nose for Good…

With that history lesson out of the way, what does the background help us consider about heroes, protagonists, and their noses? An important baseline is the fact that the biases undergirding practices like physiognomy have in no way been expunged from the white and male-dominated entertainment industry. Casting directors and industry executives may no longer explicitly cite a Roman nose as a necessity, but as a recent UCLA study lays out 60.3% of lead roles in Hollywood still went to white performers in 2021. That may be down from 89.5% in 2011, but the statistics tell the story of the default faces of lead roles in films being white. Of course, that’s about far more than noses, but for this article’s purposes, it’s a resounding starting point to think about what deviations and adherences from that entrenched norm might mean.

Sadly, there is no comprehensive report on nose sizes and shapes in feature films and TV shows to reference, likely because this is an admittedly off-kilter rabbit hole to dive down. Even so, simply flipping through the release calendars for both media over the past decades provides a fair sampling of the faces and noses slotted into protagonist status. Whether you narrow it down by most expensive productions, biggest box office earners, critical scores, or even just lead roles in Marvel and DC releases, the boxes check all down the line. Forbes list of highest paid actors and actresses is an unbroken thread of Romanesque noses. Add to that the fact that, qualitatively at least, the most referenced noses for plastic surgeons, who are carrying out the most popular procedure by a 2020 count, adhere to the same conventions. Systemic racism strikes again.

Adding to the contrast, take a moment to think about the last time you saw a non-animated protagonist with a nose that was especially large, or generally different from the standard set out above. Any luck? Chances are you found your way to some version of Cyrano de Bergerac, or the 1996 Pinocchio adaptation The Adventures of Pinocchio. For the former, his significant schnoz is the fundamental plot point that makes him a pariah. Particularly, it defines him as a tragic romantic lead with the whole story centred on how society resists him because of his nose. In essence, Cyrano is heroic despite his nose, a hurdle he must grapple with. In the latter’s case, an uncanny valley wooden boy must leave his sprouting snoot behind to become the traditional-looking Jonathan Taylor Thomas. Our big-nosed heroes, therefore, venture forth in opposition to their features.

… And A Nose For Evil

So, if white, Anglo, nose structure is the warped but enforced standard for most protagonists, where does that leave the antagonists? How does a nose become villainous? One approach, and arguably the approach du jour is to simply take it out of the equation altogether. The aforementioned Vecna, Voldemort, and Pale Man make up an unholy trinity of this method. There is also Red Skull, Davy Jones, and the underrated chaos of Pooh-Bear from The Salton Sea, to name a few. Removing a nose represents the oppositional space, both visually and thematically, of the established conventional nose. If a heroic nose is that of a standard Romanesque image, the disposal of it represents the dismissal of the moral expectations read onto it. Even before digging into the variations between these noseless fiends, the common thread is that without a nose they are positioned in aesthetic conflict with most protagonists.

When it comes to Vecna, Voldemort, and Davy Jones, their alterations bend towards demonic and animalistic. Voldemort’s slits bring his serpentine and Slytherin facets to the forefront. The man talks to snakes, so looking like one after falling fully into dark magic furthers his monstrous characterization. Slot in squids and octopi for Davy Jones and you have nearly the same situation. Jones is a more tragic figure than Voldemort, but the slimy, smooth, space in the middle of his face where a nose should be is a distinctly disorienting feature. Yes, the tentacles take the cake, but the nose plays a part. Interestingly, Vecna splits the difference here. His nose skews serpentine, but he also features an array of creepy crawlies about his person. Together, they calcify a trend toward noselessness as a harbinger of wickedness, a key aspect of their collective departure from humanity.

Of course, #notallvillains are noseless. Take Child Catcher from Chitty-Chitty Bang Bang, and Krall from Star Trek: Beyond. Child Catcher is, in short, an embodiment of Roald Dahl’s significant anti-semitism. The man’s giant, hooked, nose could be pulled directly from Nazi propaganda, and in fact channels the Third Reich’s real propaganda about Jews stealing children. The implicit and explicit reality in putting him against Dick Van Dyke and Sally Ann Howes, who both sport a Romanesque look, is the damning of large noses and embrace of dangerous caricature. Similarly, Krall, played by Idris Elba in pounds of make-up, caricatures a non-Anglo nose. Elba’s real-world nose is wider and larger than those of his white co-stars. His Krall make-up simply exaggerates those features, calling to mind the racist caricatures from American history. Even while playing an alien, Elba is coded to connect to Hollywood’s tradition of racializing evil.

It’s Right Under Our Noses

Is this article a complete categorizing of noses and their representations in film and TV? Absolutely not. But, it is an attempt to lay out that most of the time, a nose is not just a nose. In the same way that every aspect of costuming, production design, and framing reflect a creative vision, the casting and make-up process to include or exclude certain noses speaks volumes. Tracing that reality from ancient history to modern hits charts a clear connection between identities, moralities, and the noses that these two media ascribe accordingly. At the end of the day, the point is simply, to state the obvious, that there is meaning in aesthetics. The nose, arguably the most prominent feature on a human face, factors in. So, next time you notice a nose on screen, take a moment to think about what it’s telling you.