Whatever Happened To ‘Peaky Blinders’? 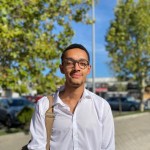 Season 6 of Peaky Blinders bowed out in respectable enough fashion, but the show never reached its full potential.

Peaky Blinders is a phenomenon. Its success has spawned festivals, a movie and the rebirth of the flat cap. It’s a good show, and for a while it was on track to become the UK’s answer to Boardwalk Empire and The Sopranos. Though its gripping lead character, unique style and WW1 commentary were initially thrilling and poignant, the latter seasons have failed to live up to the same standard.

So what made Peaky Blinders so good in the first place? Its hero, Tommy Shelby (Cillian Murphy), is no doubt a fantastic character. Both a World War 1 veteran and a gangster, his inner turmoil is immediately captivating. Murphy plays him brilliantly and carries the show even when the quality of writing dips. Between season 1 and 3 he is particularly engaging — the fact that he doesn’t fear death makes him a fierce protagonist, but his bravery is well counter-balanced against his love of Grace (Annabelle Wallis). He has something to lose, which gives him the perfect combination of power and vulnerability.

Every good vs. evil story needs interesting players in both domains. Peaky’s early seasons succeed because its villains work equally. Paddy Considine’s priest in Season 3 was deliciously evil, challenging the Shelby family in a genuinely damaging way. Sam Neil’s Inspector Campbell remains the show’s best villain, sporting an ideological hatred of Tommy’s criminal activity and a personal, albeit cliched vendetta to go with it. The two went at it until the climactic Season 2 finale, which arguably remains the show’s pinnacle moment.

Peaky Blinders is also made notable by its blend of grounded period drama and flair. Its use of modern music is especially ingenious — the careful curation of indie rock songs like ‘Red Right Hand’ created a sound as synonymous with the show as the artists it borrowed from. The songs feel like part of the soundtrack rather than added filler. Brilliant costume design, iconic haircuts and generous slow-motion are further integral to the show’s appeal. Still, the best thing about early-Peaky is that this swagger was well balanced with grounded drama. The style was there, but it rarely eclipsed the script.

So what went wrong? Whilst the show’s quality didn’t nosedive in Game Of Thrones fashion, you can roughly split it into two parts — seasons 5 and 6 are noticeably inferior to seasons 1-4.

Later-Peaky suffers from its rather sharp stylistic change. Season 5 upped the ante in nearly every technical department. As well as the usual use of music, there was now a more noticeable score by Anna Calvi. The slow-motion shots were far more frequent and far more elaborate. Imperfect close-ups were replaced with painterly, wide-framed vistas, sweeping pans and operatic zooms. Style was already an important aspect of the show but it became the dominant feature.

Not to knock style, but it is often entertaining when used as it was here, though it doesn’t necessarily contravene substance. Calvi’s heavy breathing in Season 5 was a stylistic choice and it effectively put us inside Tommy’s manic headspace. A big problem is that later-Peaky’s heightened reality contradicts the relatively grounded nature of earlier seasons.

Where early-Peaky provided intriguing and threatening villains, latter-stage Peaky fails to do so. The complexity that characterised Campbell is nowhere to be seen in Oswald Mosley (Sam Claflin) and Michael Gray (Finn Cole). Mosley was a real person, which limits the character. If he is killed (he survives S6 and is likely to feature in the film), this would contradict the earlier seasons’ relative respect for historical events. If Mosley defeats Tommy, this would similarly erode reality. Their conflict lacks tension because it is inherently implausible. Michael isn’t as silly as some of the other villains, but his dark turn in Season 6 doesn’t work either. He isn’t intimidating, and villains should be. His reason for wanting to kill Tommy is also weak. He blames him for Polly’s (the late Helen McCrory) death but she would never have supported his revenge – he comes across as unintelligent for thinking she would. Mosley is similarly under-developed. Every line he utters is a Satanic declaration of ill-intent, leaving little room for nuance or pathos.

How Much Is Too Much?

Perhaps the presence of so many villains prevents any one of them from being fleshed out. Between Season 5 and 6, Tommy has to deal with the I.R.A, Mosley, Jack Dorsey, The Billy Boys and Michael. That’s too many villains for a show that only has six episodes per season.

It isn’t just the way they are written that makes these characters unconvincing, it is the way they come across. The operatic nature of later-Peaky comes with increasingly heightened characters. The accents are dialled up to eleven, with characters often sounding like caricatures of their respective demographics. Distinct accents were always part of the Peaky framework, but they were less exaggerated before and such eccentricities were balanced out by three dimensional development. Sam Neill’s Northern Irish accent is kind of silly, but Campbell’s personality is nuanced enough for him to get away with it.

Later-Peaky’s main characters undergo increasingly implausible journeys. Tommy functions as an MP whilst routinely putting his enemies under the ground. More alarmingly, the uber-geezery Alfie Solomons (Tom Hardy) survives his apparent death in Season 4. It seems likely that he was brought back because of his popularity with fans, and that the decision to make a film came from a similar place. Later-Peaky is too willing to sacrifice its storytelling integrity for longevity, and its reluctance to make risky, definitive choices makes it hard to classify as a top-tier TV show. The Sopranos, a truly great gangster series, never compromised.

It’s possible that this is the main problem with Peaky Blinders, with its commercial success seeming to have impeded the storytelling. Season 6 was billed as a grand finale but it fails to provide an ending. Tommy’s looming death turns out to be a red herring and is swiftly replaced by the reality that he not only isn’t sick but must ride off once again to face Mosley’s fascist entourage. Why? Not because it’s the right ending, but because the show must go on.

Maybe later-Peaky’s heightened tone will fit the big screen.Tommy Shelby remains an iconic character and the show’s cultural impact is undeniable. Peaky Blinders is good. But it could have been great.

Peaky Blinders Season 6 is out now on BBC IPlayer in the UK and on Netflix Worldwide.