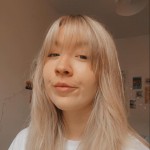 It’s all been leading up to this. After three seasons of the Byrdes fighting for both survival and power under the deadly grasp of the Navarro cartel, it’s time to get out. Netflix split the fourth and final season of Ozark into two parts, and each is starkly different. While part 1 builds tension and sets up high stakes, part 2 must neatly tie all the show’s loose ends together. All good things must come to an end, and the successful Netflix show continues to build suspense all the way up until an honest, but anti-climactic ending.

Part 2 begins in the near aftermath of Wyatt (Charlie Tahan) and Darlene’s (Lisa Emery) deaths. Ruth (Julia Garner) is struggling to cope with her grief, and we see her go from sobbing in sadness to vengeful anger. This scene marks a shift in Ozark’s tone; the final seven episodes are a rupture of emotions. Part 1 saw the cracks in the Byrde family growing larger and larger, which now become more evident than ever. Eventually, the building tensions culminate in a custody battle between Marty (Jason Bateman) and Wendy (Laura Linney), and Wendy’s father, Nathan Davis (Richard Thomas). Nathan’s appearance in this season eludes to Wendy’s past, but sadly doesn’t fully explore this past to a satisfying extent.

However, Laura Linney delivers her most convincing portrayal of Wendy this season, especially as her father threatens to tear the family apart (although, as she later recognises, she has a lot of the blame for the deteriorating relationship with her children). Linney gives a truly chilling performance on the steps of the courthouse as she begs her father, “Please don’t take them away from me.” The politically ambitious matriarch takes the lead this season over Jason Bateman’s Marty. Wendy is truly willing to risk it all, even her own family. In one instance, she gets Omar Navarro (Felix Solis) out of solitary confinement even after he said he would have them killed.

In the end, Wendy checks herself into a mental hospital, the same one which her brother Ben (Tom Pelphrey) was admitted in season 3, refusing to leave until she gets her children back. Marty ends up threatening Ruth into making sure Jonah (Skylar Gaertner) and Charlotte (Sofia Hublitz) don’t leave with Nathan. This pivotal moment shows the extremes that the once almost familial relationship between Marty and Ruth has come to. Once Marty’s faithful right hand, the rivalry between Ruth and the Byrdes started building in season 3 after Ben’s death but fully culminates in the threat by Marty that he will have Ruth killed. Ruth, on her journey for revenge in part 2’s first episode, killed Javi (Alfonso Herrera), the cartel member who killed Wyatt and Darlene earlier in the season. Marty threatens to tell the cartel about Ruth’s involvement in Javi’s death. However, while Ruth succumbs to Marty’s threat, season 4 shows how she’s become a big rival to the Byrdes, such as when she takes control over the Missouri Belle.

The killing of Javi is what really sets in motion the final part of Ozark’s final season. Marty is forced to travel to Mexico to make sure no one tries to overthrow the imprisoned Navarro. Camila (Veronica Falcón), Navarro’s sister and Javi’s mother, believes Navarro killed Javi and is out for revenge and a place on the throne of the cartel. In the end, the Byrdes betray Navarro by siding with his sister and bringing her in on the FBI deal instead, resulting in the hit on Navarro. However, not everything goes to plan, as Claire Shaw (Katrina Lenk) reveals that it was Ruth who killed Javi. The foreshadowing of Ruth’s fate has been evident throughout the season. She finally gets what she wants — the Missouri Belle — and builds the house that we see her and Wyatt talk about in a flashback. She hallucinates the presence of her dead cousin and other deceased family members in emotional and bitter-sweet moments. Ruth’s dead at Camila’s hands is both sad and aggravating, but not unexpected.

Apart from Ruth’s death, which is an emotionally heavy and suspense-filled moment, the ending of Ozark is anti-climactic. The Byrdes escape unharmed, finally out from under the grasp of the cartel and with all the political prospects they hoped for. It’s similar to the car accident scene, which was shown in a flash-forward in the season’s first episode, where we’re led to believe there will be a dramatic outcome, but everyone escapes unharmed. The very last moments of the series see Jonah threaten private detective Mel Sattem (Adam Rothenberg), who has figured out what happened to Ben. The screen goes black, and a gunshot is heard. Although somewhat disappointing, the scene represents how the family has come back together, and the cracks are finally starting to close up.

Apart from this slightly anti-climactic ending, season 4 part 2 of Ozark delivers elegant performances from all its actors. Jason Bateman fades into the background this season, apart from his stark character development as he tortures a cartel member in Mexico. Throughout the season, Marty keeps doing what Wendy wants, not speaking up against her even as she risks the lives of the entire family. The character could have had slightly more agency this season, as he had in the show’s early days, but it also leaves Wendy’s character and Linney’s acting more room to shine. Julia Garner’s performance as Ruth remains as flawless as always, and Richard Thomas’ Nathan Davies brings a needed familial conflict to the season much like Ben did in season 3.

In short, the final seven episodes of Ozark manage to tie up its loose ends in a way that doesn’t feel forced or obvious. The cartel’s transition from Navarro to Camila seems natural, and Ruth’s death is the final emotional punch of the season. After a long list of deaths and near-death experiences, the Byrdes wiggle their way out of the cartel’s control and towards political power.