Is The Rise Of The Lakers Dynasty Successful In ‘Winning Time’? 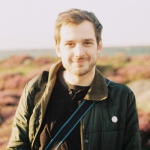 In HBO’s new show Winning Time, Oscar-winning director Adam McKay (Don’t Look Up, The Big Short) transports us back to the end of the sleazy 70s and the rise of one of basketball’s most recognisable franchises, the Los Angeles Lakers.

Loosely based on Jeff Pearlman’s book Showtime: Magic, Kareem, Riley, and the Los Angeles Lakers Dynasty of the 1980s, Winning Time ramps up the sun, sex and glamour with a big budget and a cast worthy of its own All-Star game. But the series itself isn’t necessarily a show-er. With a second season already in the pipeline and a current drip-feeding plot, HBO has positioned their new hit show as a grower too.

This becomes abundantly clear in the first few episodes, with Winning Time stretching out even the smallest of details for dramatic effect. If the audience is destined to reach the late 80s and the Lakers’ basketball dominance, it could be a while before the series gets there. It’s not all basketball, either. There’s very little on-court action to begin with, with McKay and co focusing on the off-court shenanigans, primarily through the eyes of new Lakers owner Jerry Buss (an enigmatic John C. Reilly), and their star new attraction, Earvin ‘Magic’ Johnson (captured brilliantly by Quincy Isaiah).

A Show-er, Or Grower?

The show positions itself between the late 70s/early 80s seedy glamour of The Deuce, the wealthy intrigue of Succession and the historical touches of Mad Men. It’s an awkward fit, with episodes frequently bogged down by trying to do too much. Along with Buss and Magic, we’re introduced to a cast of misfits buzzing in and around the organisation, some of whom are worthy of having their own shows—and some do! Buss’s daughter Jeanie seems to have been shoehorned into the organisation earlier than she was in reality. There are frequent moments where esteemed actors such as Rob Morgan and Sally Field crop up in relatively small roles, leaving viewers pointing at the screen like the Leonardo Di Caprio meme. While having such strong acting talent in every second of the show is never a bad thing, it can be slightly distracting.

Still, Adrien Brody as Pat Riley (appearing here in between his days as a player and NBA head coach) and Jason Segel as Paul Westhead make sense. They are two key building blocks of what would become the Lakers dynasty and are likely to feature more heavily in the rotation as the series goes on —so why is so much time spent on one-time Lakers coaching candidate Jerry Tarkanian? The search for a new head coach almost drags the show to a halt.

With so many colourful character appearances, the plot is anything but ‘showtime’—the brand of basketball made famous by the Lakers, centred upon fast-paced, free-flowing man-and-ball movement. Instead, each episode crawls along like an out-of-shape athlete.

The attention to detail would be admirable if it weren’t for some of the liberties taken in other areas. Former Laker great Jerry West—the logo of the NBA—is portrayed as an aggressive manic, completely devoid of self-confidence. But from all accounts, West was a quiet and thoughtful man. The audience shouldn’t be asked to buy that Pat Riley, a former NBA champion with the Lakers in the 70s, was a down-on-his-luck loser just a couple of years after retiring as a player.

Despite this, there is just enough razzmatazz to keep Winning Time from sinking. John C. Reilly has the gravitas to hold this thing together, but it’s Quincy Isaiah who supplies the magic. In what is certainly his biggest role yet, the up-and-coming actor is sensational as a young Magic Johnson, capturing all the swagger that the number one draft pick had coming out of college, as he was almost a sure thing when he was taken number one overall in the 1979 NBA draft. It can be hard for non-American viewers to grasp just how well-known top college athletes are, but when prospects are primed for the big leagues, they’ve often lived their whole lives as ‘the one’ up to that point. Isaiah nails the mixture of charismatic cockiness and assuredness so often present in the best of the best. It’s hard not to smile when he’s on screen.

Adam McKay also seems assured of himself, using all his usual tricks—including sharp, unmissable graphics and the fourth wall breaks—to add more than a little Hollywood glamour to proceedings. Whether you’re a fan of his ‘more is more’ philosophy or not, it’s hard to argue that it doesn’t fit the bill in a show dedicated to one of pro sports’ most electric teams. But his visual reminders of Magic’s rampant womanising take on more meaning with the knowledge that Magic was one of the most high profile celebrities to announce he’d tested positive for the HIV virus in the early 90s— an announcement that would help to smash the stigma around HIV and improve awareness.

Indeed, the early signs seem to indicate that McKay is confident enough to reckon with the sex, drugs and sleaze that engulfed pro basketball during the 70s and 80s. Winning Time is clearly not scared to get a little bit dirty. The league’s image was in drastic need of rehab—as well as many of its ageing stars! Magic, along with the emergence of a new crop of superstars including Michael Jordan, Charles Barkley, Hakeem Olajuwon, and Larry Bird, would help revitalise a league in crisis. In a town based on big names and bright lights, there’s little room for restraint. For all its cartoonish tendencies, Winning Time remains both intriguing and (crucially) entertaining.

If the series goal is entertainment, then the more sure things you have the better—just like Magic. When joining the Lakers in 1979, he was teaming up with one of the greatest players of all time in Kareem Abdul-Jabbar, with the goal of bringing championship basketball back to Los Angeles. In Winning Time, HBO has assembled a roster as strong and expensive as you’re likely to see in prestige TV, with a director who (love him or hate him) is at the peak of his powers. While Magic and Kareem clicked instantly on the court, it’s yet to be seen whether all the pieces of this glamorous new show will deliver some ‘showtime’. But with the best of the 80s yet to come, it’ll more than likely find its groove.