How ‘Super Pumped: The Battle For Uber’ Exposed The Toxicity of Silicon Valley 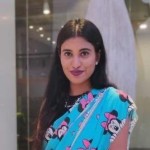 Uber is a revolution. It turned transportation into an accessible service, thus making lives easy. With a worldwide customer base, it emerged as both a tech giant and a household name. But how did Uber get there?

Super Pumped: The Battle For Uber is Showtime’s limited series based on the book of the same name by a reporter from the New York Times. It stars Joseph Gordon-Levitt as Travis Kalanick, the founder and former CEO of Uber. Additional cast members include Uma Thurman, Kyle Chandler, and Babak Tafti.

The show highlights Uber, right from its creation to its expansion, with added focus on Travis’s tenure as the CEO. Narrated by Quentin Tarantino, the compelling premise, standout performances, and unexpected twists make Super Pumped an intriguing watch.

Silicon Valley is a world of dreams. It is where companies become unicorns, and people become billionaires. As wistful as it looks, the unseen facets behind the glittering skyscrapers are corruption and conspiracies. Super Pumped helped audiences gain insight into the world of tech, in a way that not many shows have succeeded in doing. The series showcases underlying truths and the unfiltered toxic side of tech companies.

The Powerful People Of The Valley

Google. Apple. Uber. Though these tech giants seem like individual entities, they have all been part of a larger tech web run by a few powerful billionaires who can make or break a company. Super Pumped provides a sneak peek into the roles of angel investors and tech moguls such as Larry Page, Tim Cook, Sergey Brin, Arianna Huffington, and David Drummond.

Travis Kalanick is a man who wants to make it onto lists of global success stories. He is impulsive, power-hungry, and can go to any extent to get what he wants. Travis’s power moves are always on his terms, whether it is signing the deal with Google only if Larry Page meets with him or poaching Sergey Brin’s engineer to work for Uber. His every move is a statement and a demonstration to show that he is a monolith—tech companies are not all code, but a chess match trying to counter one move with the other.

The way Uber treated its female employees is heart-wrenching, shedding light on Austin Geidt (Kerry Bishé), the driving force behind Uber, and how she faced sexual harassment by her coworkers. When she informs Travis about her experience, Travis, in turn, backs his monstrous male employees.

Susan Fowler, an ex-employee at Uber and current tech editor at The New York Times faced sexual harassment from her team lead. On reporting her situation to HR, along with evidence, the HR refrains to take any action against the guy because he is a “star worker.” Susan shared her traumatic experience through her blog, which eventually led to the ejection of Travis Kalanick. Super Pumped distinctly highlights how Kalanick and his male employees belittled women in the company, including his then-girlfriend Gabi Holzworth and a female marketing manager on a work trip to Seoul.

In this contemporary world of injustice, inequality and technology at its peak, the truth cannot be hidden forever. Thanks to the internet and social media, women can now be heard in a way never seen before. When the truth comes out, action can hopefully be taken. Just like Susan Fowler lost her job trying to fight against prejudice, every revolution requires sacrifice. And every action has consequences.

Travis is ruthless, arrogant, and a living example of how money and power can corrupt people. Though the show focuses on Travis, his portrayal is an indirect satire toward many tech moguls. Travis himself makes multiple racist and sexist comments throughout his tenure at Uber. From Travis’s infidelity to his disregard for his family, these situations prove that rich men can get away with anything.

Moreover, Travis joined the board of former President Donald Trump and backed his controversial ideologies. After this move, Uber’s employees of colour, who significantly contributed to its success, felt more unsafe working in the company. The same is said for the immigrant taxi drivers, who comprise a substantial portion.

There are often multiple instances of racism against minorities in workplaces—tech or otherwise. The so-called Unicorns benefit from the hard work of immigrants, and yet do not treat them humanely.  Minorities often do not feel represented, let alone valued. Uber’s acts illustrate the harsh reality of how companies are biased, and how its leaders fail to exhibit inclusivity. If educated and powerful people behave this way, bringing change in society is exceedingly more difficult.

Wrong Is The New Right

Super Pumped, with its eccentric direction, illustrates some of the shockingly real schemes employed by Uber, proving that every successful company has its fair share of ploys. These include renaming the company to avoid fines, poaching Lyft Drivers, and camouflaging Uber’s problematic code using geofence to gain Apple’s approval. One of its most controversial schemes was Greyball, an inbuilt tool employed by Uber. When government officials tried to gain evidence against Uber’s illegal operation in Portland, the company used Greyball to track and sidetrack them.

Yet, Uber is thriving. Uber was not Travis’s idea, yet he served as the CEO. He may leave the company, but he does so as a billionaire. Travis is one among many such individuals never held responsible for their wrongs, and Uber is an example of the many workplaces that are still toxic, sexist, and flawed. Maybe ruthless is the way of the valley.