A Paint By Numbers Affair — ‘Doctor Who: Legend Of The Sea Devils’ (TV Review) 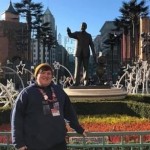 In this penultimate episode, Jodie Whittaker’s time as the Doctor is hurtling to a close, and the Tardis crew find themselves in 1800s China, facing the Sea Devils. A foe that hasn’t appeared in the show since the eponymous character’s fifth regeneration. The Doctor, Yaz, and Dan must team up with famous historical pirate Madame Ching to stop the aquatic creatures from reclaiming the Earth as their own.

As a Doctor Who story goes, it is a fairly paint by numbers affair. An alien race has a world-ending plan that the Doctor and her companions are there to ultimately stop. Yet there are moments throughout—some of which have been anticipated by fans for some time—that accentuate the enjoyability of the overall episode. Doctor Who has been due a swashbuckling adventure for some time, with the last seen in the 2011 episode ‘The Curse of the Black Spot’. It’s been worth the wait: from sword fighting to seafaring treasure hunting, there’s enough fun to keep one’s attention for the 50-minute run time. John Bishop continues to prove he’s a great addition to the cast as Dan by offering his usual brand of comic relief and acting as a clumsy hero.

The moment on everyone’s lips however, is the Doctor acknowledging Yaz’s feelings for her. It’s not often something new can be offered in a television show that has been running for nearly 60 years, but seeing the Tardis at the bottom of the ocean floor was beautifully fresh. The blue light atop the infamous box illuminates the otherwise dark environment, making for one of the most breathtaking shots in the show’s recent history. An apt place for the fated conversation to begin, as the Doctor exclaims “Not a bad date, am I?”. The subject of her relationship with Yaz is dealt with better than most may have imagined, with writer Chris Chibnall offering up a decent amount of time for the characters to talk it out. Its conclusion however is disappointing, albeit in character for the Doctor, as she brushes off Yaz’s advances.

Although the episode might have issues with its editing and a few bits of shoddy CGI, Whittaker’s tenure as the Doctor has been getting exponentially better, which is equal parts wonderful and disappointing. When the time comes round for a new Doctor, the conversation always lies in the ‘what ifs?’ and the ‘could have been’, and Legend of The Sea Devils is no different. Let’s just hope that come the Autumn, Jodie Whittaker and co can go out with a bang. From the looks of initial teasers, there’s every chance we are going to get it.