The Pilot: A Battle for Survival (Film Review) 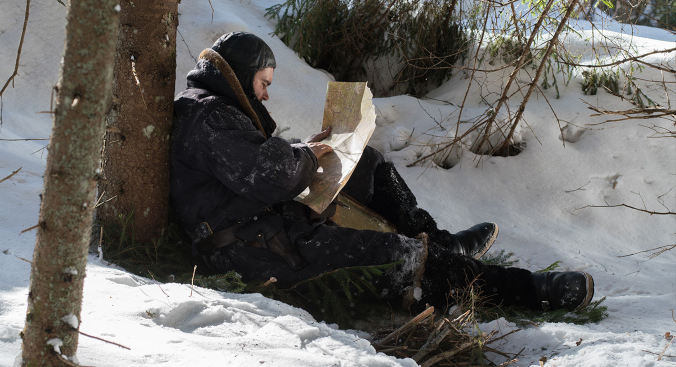 Some context: in 1941 Russia was invaded by Nazi Germany in a huge attack now known as Operation Barbarossa. They made some headway, but ultimately underestimated the resources Russia had available to them and were defeated. The majority of The Pilot takes place during this campaign. It’s somewhat surprising now to think that during World War Two, Russia was on the same side as the allies. Especially when you consider what came later.

Of course, they are currently in a controversial political position, with troops parked outside Ukraine, ready for an apparent imminent invasion. Culturally Russia puts a huge value in its strength and international position. Prioritising how it is viewed from the outside, with the desire to project a reputation of cultural importance being paramount since the early days of the Soviet Union. With all this in mind, how does a Russian war film released in 2022 to an international audience present itself?

The Pilot tells the story of a fictional pilot, Nikolai Komlev (Pyotr Fyodorov), who is forced to traverse the invaded parts of Russia and try to get back to his comrades after his plane is brought down in a dogfight. Some emphasis is put on his knowledge of the land giving him the advantage, and a naturalised ability to survive the cold that the Germans don’t have. But he is not the superhero we might expect, and must also rely on the help of Bolshevik civilians to shelter him as he recovers from his many injuries. Eventually finding himself in a hospital, his aim is to get back in the air, despite the physical boundaries he now has.

Despite Nikolai being a fictional character, it is made clear that his story is inspired by real men in the Russian forces. Anyone familiar with heroic war stories will recognise references to Douglas Bader (his story told in the 1956 film Reach for the Sky). It is clear from fairly early on that The Pilot is a piece of propaganda, however it isn’t handled gratuitously and doesn’t necessarily alienate international viewers. To be honest, what war film doesn’t fall into that trap? It’s a huge part of why we watch war stories on screen, and these men deserve a certain amount of celebration.

In some ways it’s refreshing to see a country that is normally shown as an enemy (hello every Cold War movie ever) in a positive light. And anything that presents an alternative view on World War Two beyond America saving the day can only be a good thing.

Unfortunately, despite that, and despite the story being a compelling one, The Pilot could have really done with some tightening. There isn’t really enough plot here to fill more than 90 minutes, and the script, character of Nikolai himself and the imagery isn’t inspiring or interesting enough to maintain it’s runtime. The addition of a romantic interest adds some variety, but disrupts the pace further, ultimately not really amounting to much.

It’s a shame, because as mentioned, different views on these famous conflicts are almost always worth watching. The Pilot is worth watching, if it’s a subject that already interests you, but it’s unlikely to find a wider audience.

The Pilot is released internationally on February 28th.

Blogger at screeningviolets.wordpress.com Occasional guest and host on the FILM & PODCAST. New cohost on Mondo Moviehouse. Likes arguing on the beach, long walks on the internet, intersectional feminism and neurodiversity.