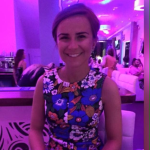 Directed by David Frankel, The Devil Wears Prada is the 2006 hit that saw the worlds of fashion and film collide on the big screen, boasting an all-star cast that included the likes of Anne Hathaway, Meryl Streep, Stanley Tucci, and the then-unknown Emily Blunt. The Devil Wears Prada is adapted from Lauren Weisberger’s novel of the same name and is based upon her experience working as a fashion assistant to legendary Vogue editor Anna Wintour. It grossed over $326 million at the box office and was nominated for two Academy Awards: one for Meryl Streep’s performance in the Best Actress category and the other for Sex and the City’s Patricia Fields, for Best Costume Design.

The Devil Wears Prada tells the story of college graduate and aspiring journalist Andy (Anne Hathaway), as she lands a job as an assistant to the demanding editor-in-chief of Runway magazine Miranda Priestly (Meryl Streep). The only problem is that Runway is a fashion magazine and for intelligent and unashamedly un-fashionable Andy, its pretension and shallowness not only make her the laughing stock of the office but soon starts to dominate both her professional and personal life. The further she gets immersed into the fashion world, the more she succumbs to its toxicity. Fuelled by the constant ridicule from co-workers like art director Nigel (Stanley Tucci) and Miranda’s senior assistant Emily Charlton (Emily Blunt), Andy is soon forced to change to fit in. In fact, The Devil Wears Prada sees the second major character make-over Anne Hathaway undergoes since The Princess Diaries in 2001.

With newfound confidence and respect gained by her Runway colleagues and boss, Andy starts to flourish in her role. Soon Miranda’s outlandish and overbearing requests become mere child’s play to the once hopeless rookie assistant, and her evident commitment to the industry allows her to outshine Miranda’s preferred long-time assistant, Emily. But when faced with a career opportunity that questions both her loyalty and integrity, Andy begins to realise her own complicity in the cut-throat world of fashion and soon learns how the dream job that “a million girls would kill for” has ended up defacing her. The remainder of the film sees Andy grappling with the decision to stay in the gruelling role in the hopes of one day achieving her journalistic dream or walk away from the backstabbing and destructive industry forever.

When The Devil Wears Prada was released, critics were quick to praise the accurate description of the conniving industry. Ginia Bellefante, former fashion reporter for The New York Times called it “easily the truest portrayal of fashion culture since Unzipped”. Executive editor of SHOP, Inc. described The Devil Wears Prada as “the first film I’ve seen that got it right … it has the nuances of the politics and the tension better than any film—and the backstabbing and sucking-up”. Other critics hailed Meryl Streep’s performance as the film’s defining attribute. The Village Voice deemed Streep “the scariest, most nuanced, funniest movie villainess since Tilda Swinton’s Nazified White Witch” and A.O. Scott of The New York Times wrote, “with her silver hair and pale skin, her whispery diction as perfect as her posture, Ms. Streep’s Miranda inspires both terror and a measure of awe”.

Besides its impressive wardrobe and killer soundtrack – Andy’s memorable transformation montage to Madonna’s ‘Vogue’ comes to mind, and who can forget that slick opening scene to KT Tunstall’s ‘Suddenly I See’– The Devil Wears Prada’s biggest impact came in the form of the gossip it inspired. The film sparked speculation and a fascination with Anna Wintour like never before. Rumours concerning Wintour’s prickly and difficult demeanour had always run rife in the fashion world. But it was The Devil Wears Prada’s scathing portrayal of the iconic editor-in-chief that really set tongues wagging. In fact, Anna Wintour’s renown would become a major bottleneck for the film’s pre-production. The film faced backlash from loyal followers of the Vogue editor and was unable to secure locations such as the Metropolitan Museum and Bryant Park for fear of insulting her. And despite its various cameos by famous models such as Gisele Bündchen and Heidi Klum, as well as the designer Valentino, who designed Miranda’s Met Ball dress, numerous other household names in fashion refused to appear in the film. Vogue and other major women and fashion magazines also avoided reviewing or even acknowledging the film and book.

The Devil Wears Prada was a film that put fashion on the map and transformed Anna Wintour from a mere public figure and businesswoman into a cultural icon. It has inspired the television series Ugly Betty and the 2009 reality show Running in Heels and its enduring legacy lives on in the form of its cut-throat humour and merciless one-liners. Never again will “that’s all” and “florals…for spring? groundbreaking” be so passive-aggressive. The most poignant of lines comes at the end of the film, when Miranda tells the doubting Andy that she would be a fool to quit the exclusive world of fashion when, to quote, “everybody wants to be us”. But it is perhaps Andy’s response and reaction to these words that leave a greater impression on audiences.

“You are a Gucci, you must dress the part” – House of Gucci (Film Review)

Spoiler Alert: What Can Be Done About Spoilers?

The Mummy: How Stephen Sommers pulled off an action-adventure-horror