MUBI To Release “Lamb” in UK Cinemas This December 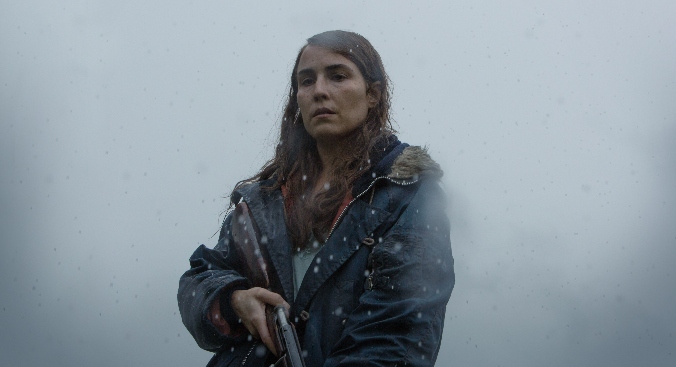 MUBI, the theatrical distributor and global curated film streaming service is pleased to announce that Valdimar Jóhannsson’s striking debut feature film Lamb will be released in cinemas in the UK and Ireland on 10 December 2021.

Lamb premiered in Un Certain Regard at Cannes 2021 and won the Prize of Originality. It tells the story of a couple, María (Noomi Rapace) and Ingvar (Hilmir Snaer Gudnason) who live with their herd of sheep on a beautiful but remote farm in Iceland. When they discover a mysterious newborn on their farmland, they decide to keep it and raise it as their own. The couple are overwhelmed with joy at the unexpected prospect of this new family, and blissfully unaware that chaos and revenge now awaits them. Blending folk horror with contemporary Scandi noir, Lamb is truly like nothing you have ever seen before.

Lamb will be released by A24 in North America, becoming the latest in a line of critically acclaimed horror films championed by the label. The film was co-written by Jóhannsson and Academy Award®-nominated writer Sjón, frequent collaborator of Björk and co-writer of Robert Eggers upcoming film, The Northman. Lamb stars Noomi Rapace (The Girl With The Dragon Tattoo, Prometheus) and Hilmir Snaer Gudnason (Woman at War, A White, White Day).

Rebel Wilson Announced As Host For The 2022 BAFTAs