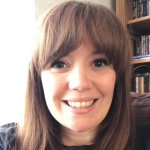 Writer, director, performer, producer, activist and all round nice guy, Lin-Manuel Miranda (Hamilton 2019) is the name on everyones lips this year as he dominates the 2021 release calendar. His earlier summer hit, ‘In the Heights’ which he wrote and starred in, was a huge success thanks to the support of his loyal fans. Vivo won’t disappoint the ‘Hamilfans’ as its soundtrack is packed full of Miranda originals.

Vivo opens in the beautiful Cuban city of Havana, a commonality within a lot of Miranda’s work is the inclusion of his Caribbean heritage and Vivo is no different. In the opening scene we are introduced to Andres (Juan de Marcos Gonzales), a popular street musician, who with the help of his charming pet kinkajou, performs the catchy opening number “One of a kind” setting the tone perfectly for the adventures ahead. After the performance, Andres receives a letter from an old friend, Marta Sandoval (Gloria Estefan), inviting him to sing with her in Miami at the famous Mambo Cabana bar. When circumstances take a turn for the worst, Vivo takes it upon himself to get Andres song to Marta before her show.

Vivo flees Havana in the luggage of Gabi (Ynairaly Simo), a distant relative of Andres, and her mother Rosa (Zoe Saldana), who live in the Florida Keys. When Gabi finds Vivo in her bag, she attempts to befriend him but he refuses her help with the intention of completing his mission alone. Vivo soon comes to realise that without Gabi he is completely lost, a sentiment that reflects back on to his time without Andres. Eventually, Vivo has to find the strength to pursue Andres dreams of hearing Marta sing his song at the Mambo Cabana. With the help of unlikely friends, Vivo manages to achieve more than he ever thought possible.

Gabi is a colourful, funny and intriguing character who will undoubtedly be a favourite for the younger viewers. She has her own style and her own take on life and as she so perfectly sings, she “dances to the beat of her own drum”. Her personality is uplifting and passionate, a message that children will take away from the film and learn from in a bid to ‘be more like Gabi’.

Vivo is shy and timid at first but with the help of a traditional character arc, he finds himself bursting with confidence and looking forward to what his life is going to be like from now on.

Alongside Miranda are the voice talents of Zoe Saldana, Gloria Estefan, newcomer Ynairaly Simo and in his animation debut, Michael Rooker who plays a terrifying snake with unpleasant motives. The whole cast brings a delicate sense of authenticity to the characters allowing them to capture the viewers heart in all the right places whilst still being comical and endearing to watch.

On first look it may look like Vivo is specifically aimed at the younger audience, and although that is mostly true, there are themes that run through it that will be understood and relative to the older generation.

After the critically acclaimed success of Into the Spider-Verse (2018) and the more recent Netflix hit The Mitchells vs. The Machines (2021), Sony Animation Studios are proving themselves as powerhouses within the animation circuit and this doesn’t go unnoticed with Vivo. The colours, textures, character designs and use of multiple animation styles throughout make their first musical animation a joy for audiences both young and old alike.

Vivo is a thoroughly enjoyable original story with a punchy soundtrack to boot, featuring songs that will be stuck in your head for days.

Vivo is now available on Netflix.