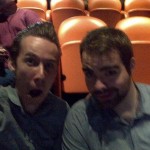 Occupation: Rainfall is a tentpole B-movie action romp that you would find late night on the sci-fi channel or back in the day in the deepest, darkest recesses of the Blockbuster Video bargain bin – it’s certainly not the best film ever made, but there is a pulpy charm that some may find fun.

A sequel to the 2018 action adventure, Occupation, the story continues in the footsteps of the original as an alien invasion takes hold and an intrepid team of humans fight for their lives against the interstellar invaders. Upon regrouping with base command, the team of freedom fighters think themselves safe until they discover that the enemy might not just be from another planet.

Let’s not beat around the bush, absolutely nothing in this film makes sense; from the sheer scale of the war being fought through to the unfathomable relationships between characters, there is a lot going on but with very little connected in distinguishable ways. This isn’t helped by either the script or editing, with the former so appalling it would make Shakespeare cry and the latter seemingly given over to a toddler with little penchant for crafts. The sound design is ear achingly unbalanced, the dialogue merely whispers among the cavernous war zone set pieces and the less said about the performances, the better. It’s crass, it’s cheap, it’s exactly what you would expect from the £3 section at your local supermarket.

Sporting a bigger budget to the original – estimated at over an eye-watering $20 million – there is an absurd amount of CGI that while looks ok, gets lost behind a televisual style that never quite manages to make the transition from small to big screen. In a strange way however, this works in the films favour as the futuristic pastiche makes it feel like a TV series, putting you in mind of light-hearted sci-fi from the 90’s and early 2000’s such as Farscape and Battlestar Galactica, but ultimately fails when you realise it’s more digestible as a two hour special than a feature film.

Despite all its issues however, there is a distinct allure to proceedings that never got boring and instead became quite endearing. It’s all over the place, makes absolutely no sense and whoever allowed the film to be over 2 hours long should be immediately fired, but for some inexplicable reason it was completely enthralling, the terrible dialogue became funny and bafflingly incoherent plot turned into an intriguing puzzle to solve. Occupation: Rainfall is a ludicrously expensive piece of B-movie schlock – not for wide audiences in the slightest but quite at home on the Sci-fi network.