“Why can’t we just have different opinions and be nice about it?” – The Columnist (Film Review) 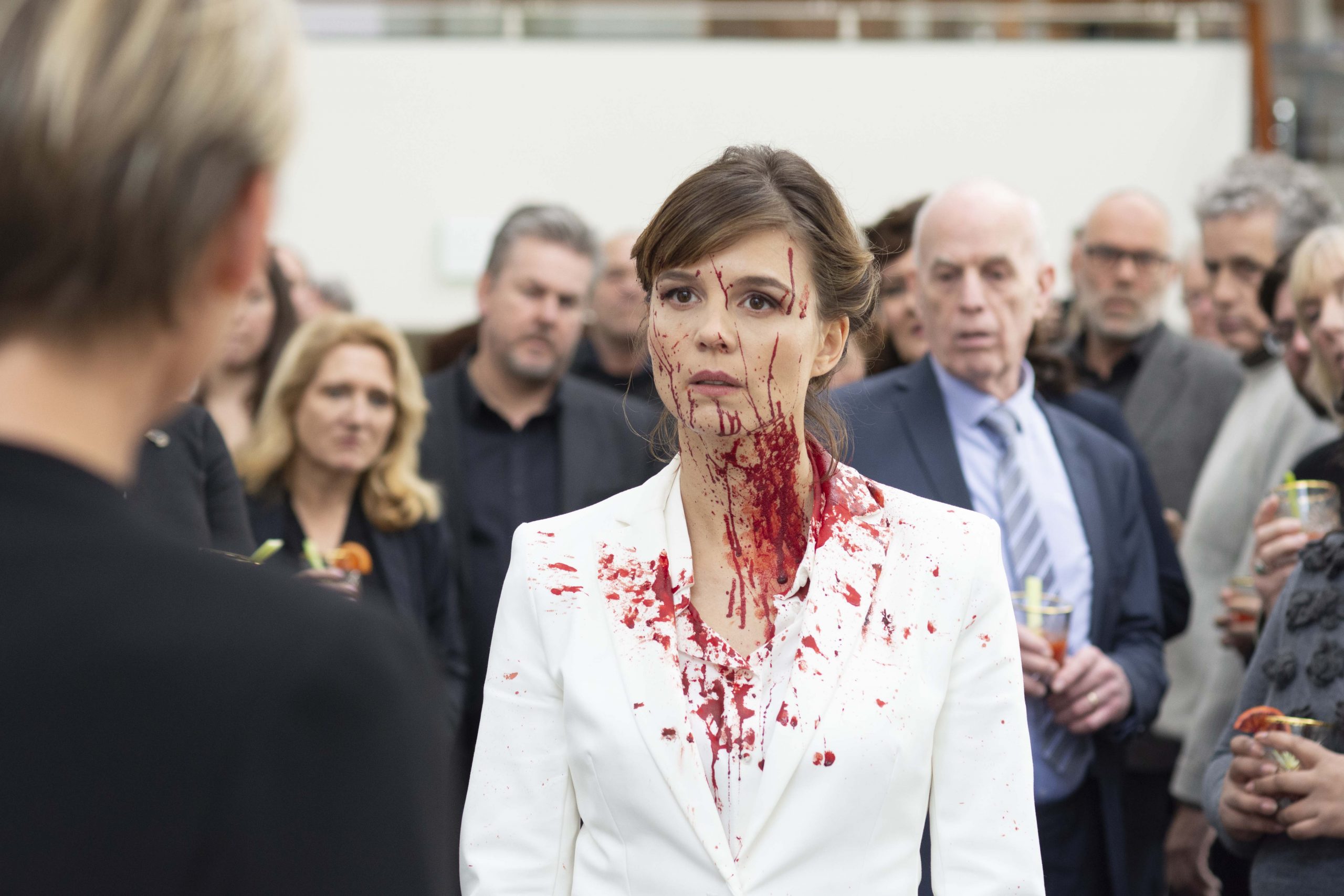 Anyone who uses a social media account, whether it be Twitter, Facebook, Instagram, or one that I’m too old to understand, has probably encountered a troll. I’m not talking about those ugly creatures that live under a bridge and eat goats. The trolls I mean don’t eat goats or live under bridges, but they are just as ugly in a different way. Usually anonymous but occasionally blatant, they direct hateful and hurtful words towards another user from the safety of their own laptop.

When Femke Boot (Katja Herbers), a writer for a Dutch newspaper, receives death threats and vicious messages directed at her and her young daughter, she seeks help from the police. They dismiss it as childish nonsense and so it’s left to Femke to take matters into her own hands. The pen is definitely not mightier than the sword as she cuts and cleaves her way through those that have directed their vicious bile at her.

The Columnist is an extremely timely piece of social satire. Just because we have the right to say what we want to say, that doesn’t necessarily mean that we should. For every action, there’s a reaction, and Femke makes a stand for those that are tired of seeing the guilty go unpunished. But what exactly are they guilty of? “Never read the comments” her horror-story writer boyfriend (a superb Bram van der Kelen) tells her. But Femke can’t stay away from the addictive lure of social media and is compelled to read what people are saying about her and her work. As she exacts brutal retribution, there’s an irony to her actions that she seems blissfully unaware of.

The pros and cons of free speech are explored further in a sub-plot involving Femke’s daughter, Anna (Claire Porro). She arranges a Benefit Event to promote free speech where she’s told that she can’t have a banner that reads, ‘Fuck the King’ so she changes it to, ‘You can’t say “Fuck the King”’. The point is that certain people are always going to be offended by something. No matter what Femke writes about, be it opposing ‘Black Pete’ (a centuries-old Dutch custom of wearing blackface) or the simple joy found in a boiled egg, people will take issue with her opinions. Examining our right to speak openly is presented by writer Daan Windhorst in a balanced and thoughtful manner, without patronising or being too preachy.

Whilst this serious issue takes centre stage, there are lots of darkly comic moments to lighten the tone. Some of Femke’s executions are hilariously frivolous, where others are just nasty. Suffering from writer’s block, the more she kills, the more prolific her writing becomes. Katja Herbers brings a deceptively sinister edge to her otherwise girl-next-door persona and it’s a terrific showcase for her.

At only 84 minutes it’s a pacey affair but comes with plot holes. How is Femke finding the addresses of her victims so quickly and there’s hardly any police presence in the film at all which makes the Dutch cops look slightly incompetent. Also, Femke leaving her weapons of choice lying around for anyone to find seems rather foolish, but perhaps that was the point?

The Columnist is well worth writing home about. Featuring a wickedly delightful twist, it’s a very welcome addition to the revenge thriller genre. Don’t agree with me? That’s fine. You can let me know, just #bekind.

The Columnist will be skewering trolls from March 12th 2021https://youtu.be/Zo8IVjVV25k