No Revenge Taken: The Misplaced Politics of Promising Young Woman 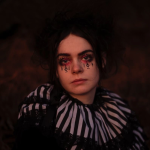 Promising Young Woman is Emerald Fennell’s debut feature film which tells the story of Cassie (Carey Mulligan), who pretends to be drunk in nightclubs in order to lure men into trying to sexually assault her, revealing her sobriety before the act can take place. Her best friend was raped in medical school, and when she could not find anyone to believe her, she committed suicide. Cassie has taken on this weight in her life and based her entire identity around it, trying to come to terms with why justice was never served. When she finds out her friend’s rapist is getting married, Cassie sets out to enact a final summation of her anger.

Expectations for the film were high, as when the trailers hit the cinema an immediate buzz was generated. Finally, a film addressing sexual assault and showing a powerful women getting her revenge was making its way into the mainstream! It might seem as though this excitement was warranted, with Promising Young Woman achieving five awards at the 2021 Oscars, including Best Picture, and receiving positive critical acclaim. One recent Esquire article proclaimed that Promising Young Woman deserves its Joker moment, stating that its ‘howl’ of female rage must not be ignored by the Academy. It is easy to see why Promising Young Woman is an easy film to like. Carey Mulligan gives a great performance as Cassie, the film itself is dripping with bubblegum colours and, at first, it appears to be opening up the conversation about sexual assault, showing us that it really can be anyone who is ‘too drunk’, that no one is ‘asking for it’. However, what Promising Young Woman fundamentally misunderstands is the power structures which lead to sexual assault, and asks its audience to put faith in those who, time and time again, have proven themselves unable to prevent, or unwilling to help victims of sexual assault.

While Promising Young Woman can be read through the lens of grief, as Cassie tries to express in inexpressible emotional toll of losing her friend, at its core it is a rape revenge film. The rape revenge is a genre in which, unsurprisingly, a woman is raped and then seeks revenge, usually by murdering those who raped her. Notable films include I Spit On Your Grave (Meir Zarchi) and Ms.45 (Abel Ferrara), both of which showcase violent rape followed by a violent catharsis. Promising Young Woman stands out because there is no direct violence committed against the rapist(s). Cassie seems to deliberately choose her approach to revenge that does not seek to re-enact or replay the violence committed against her friend. Her chosen strategy of tricking the men in nightclubs effectively boils down to giving the men a little scare. Upon her discovery that the rapist in question is getting married, her decision to bring the past back to haunt them feels exciting, as if Cassie is going to finally take the revenge that the film has been building up to, and that the audience is going to get the justice in which they were promised. What painfully undercuts the misplaced politics of the piece is how it so nearly works.

Through social media, Cassie is able to track down where the bachelor party is taking place. To be granted entry to the cabin she decides to pose as a stripper in order to trick the lucky husband-to-be into going upstairs before revealing who she is and why she really came. However, as she has him tied to the bed after threatening him with her knowledge of his actions, he manages to kill her. His friend tells him that it was an accident, and it seems as though the rapist has truly got away with it. If it had stayed that way, perhaps Promising Young Woman would be able to save itself. It would demonstrate that rapists do get away with it. Victims not only cannot trust those who claim to protect them, but do not have any way of getting justice. They become just another dead girl, even if they are still living, while the rapists live their lives as if nothing has happened. However, Promising Young Woman chooses to enact one final piece of vengeance which severely undermines everything Cassie seems to have been working towards. As the rapist is getting married, the police arrive at the ceremony to arrest him, while pre-programmed texts are sent to Ryan (Bo Burnham) informing them that this is Cassie’s doing from beyond the grave. She had rock solid evidence, a video of her friend getting raped, which she turned in to the police before going to the cabin. The rapists are led away, as if this triumphant moment is supposed to solidify everything Cassie wanted. This form of revenge, however, feels less like revenge and more like a cop-out – no pun intended. It is a simple twist and ‘gotcha’ moment which feels insincere within the topics the film is exploring.

Between 2012 and 2018 alone a total of 594 complaints of sexual abuse were filed against Met Police officers. Of these 119 were upheld, and the claims include domestic abuse, rape, filming a woman having non-consensual sex in a park and having sexual relations with women in taking shelter in safe houses*. It is near impossible to have avoided the recent news of Sarah Everard’s death, at the hands of a Met Officer no less. The recent notion to have plain clothes police officers patrolling nightclubs has made women feel more anxious, not safer. While Promising Young Woman is set in the US, against a background of frat culture, it would be in bad faith to suggest that these issues do not extend across the pond. For Promising Young Woman, it is a willful ignorance to these problems which misplace its politics. Previously mentioned rape-revenge films depict women who have lost all hope in everyone, serving both their rapists, and anyone who gets in their way, a violent means to an end. Instead, Promising Young Woman has the police arrive to finish what Cassie could not do in life, forcing the audience to put blind faith in them doing their jobs and failing to recognise what it was that truly interested people about Promising Young Woman – a woman getting revenge on those who have hurt her. The ending feels cheap, hollow and, above all, disingenuous.

Promising Young Woman’s title is ironic, alluding to how Cassie’s promising career in medicine was derailed by the rape, a word which is never spoken during Promising Young Woman’s nearly two hour run time. It ate her up inside, becoming her everything, and she could not achieve a catharsis in life, nor it seems in death. Promising Young Woman’s final sequence displaces both any reality the film may represent and negates any release of anger. The film ends with two women dead but the rapists alive, all faith put in a judicial system with a track record of failing assault survivors. If the catharsis of the rape-revenge film is the revenge, then Promising Young Woman has none.