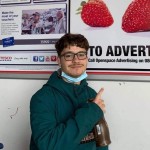 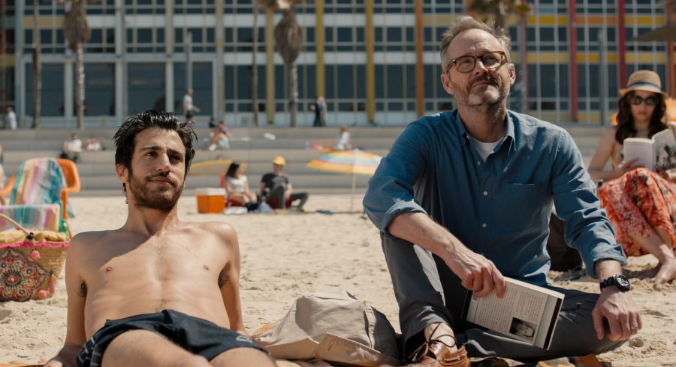 Love isn’t simple, and Sublet wants you to know that. The latest release from Israeli writer-director Eytan Fox tells the story of an affair that doesn’t go in the way you expect it to, as lovers of disparate ages, backgrounds, and experiences collide in a lavish Tel Aviv setting that acknowledges the sobering reality that nothing good lasts forever.

The film follows Michael (John Benjamin Hickey), a self-proclaimed ‘intrepid reporter’ writing for the New York Times, visiting Tel Aviv for a new profile. He ends up lodging in the sublet apartment of Temor (Niv Nissim), a headstrong and cynical young filmmaker with a lust for life and a penchant for the daring. Their bond is initially strained, with Michael exploring the city alone while Temor sleeps from couch to couch. Still, the undeniable bond between them swells as Michael’s appreciation for the city he once visited as a child grows.

What’s most staggering about Sublet is how confidently Fox creates these characters and how the slow embers of secret and untold affection blossom into full-blown flames. The rapport between Michael and Temor is undeniably flirtatious despite their age gap—and despite Michael being in a somewhat unhappy marriage—with Fox scripting the film so tightly that the development of their mutual desire blossoms naturally. Michael starts off rather timid and unwilling to try new things. However, Temor’s artistic passion permeates this outer shell, and the two absorb themselves into Israeli culture: from experiencing the traditional cuisine to visiting dance shows together.

So impressive is Niv Nissim that you’ll be astounded to learn it’s his first on-screen role. He plays Temor with a strident personality and an undeniable emotional core despite his somewhat coarse outer shell; he’s the more fleshed out of the two lovers. Michael’s role is still significant—we learn of his parents, his marriage, and the surrogate miscarriage that still haunts him—and John Benjamin Hickey gives a performance with far more nuance than his previous history in bit-part television roles would suggest. However, it’s Fox’s script that reigns supreme here, waxing lyrical on everything from the idealism imbued on love to the restrictions of monogamy, with conversations that feel so frank and sincere.

Michael and Temor fall for one another through the minute things: breakfast on the balcony, wandering the streets and even folding socks, and the film ends up shining a light on a type of love and connection that we rarely see, where the older man is courted, rather than doing the pursuing. The film plays like Michael’s written dispatches, structured into days that convey just how fleeting his time in Israel is, making his inevitable departure even more hard-hitting. When it finally arrives, you’ll feel not only sorrow but vivid happiness that both men could find something so meaningful totally by chance and in such an ephemeral manner. Fox wants you to know that nothing good lasts forever—except perhaps in the memory—and while Michael and Temor both have to return to spiritless lives that lack their electric spark, they’ve both gained something valuable from it.

Sublet truly shines in conveying the mystique of romantic connection, how one can fall for somebody on a whim and never feel the same after. It’s a lovely little film anchored by two truly splendid lead performances and a script that gives these actors space to proliferate their chemistry. While the film acknowledges that life goes on, it certainly establishes that after something so magical, everything changes completely.