When a strange formation of meteors crash land on a farm in Cornwall, top scientists form a team to investigate. Dr. Curtis Temple, highly regarded in his field of expertise, exterritorial life, is unable to join the team as he is still recovering from an accident that left him with a silver plate in his head. At the meteor site, the team of scientists has their bodies and minds taken over by aliens through strange lights and sounds. As the aliens begin to take over the people in the local area as well as infect several others with a mysterious red plague, Temple discovers the meteors came from the Moon. He attempts to try and find out what exactly is going on and what the aliens want with Earth.

What starts out as a story with a solid plot, aliens from the Moon arriving in meteors and take over the humans to build some sort of secret base but the film soon falls apart. The scenes and travel time between locations move at lightning speed without explanation and with very few characters to latch onto, the audience is already at a distance from the story. With the mysteries and confusion building up, there aren’t many answers to the myriad of questions that poor Dr. Temple has.

Temple spends most of the film trying and failing to break into the farm where the aliens have many opportunities to get rid of him but choose not to only then a few minutes later start shooting at him. The convoluted plot thickens when a principal character, Farge, is introduced in the third act. Given the very little background, information, or anything on this important character other than he knows Temple. Things get even more confusing when Temple finds out where that rocket is going. Thank goodness for Michael Gough who shows up minutes before the end to explain half of the plot the film was missing the entire time. 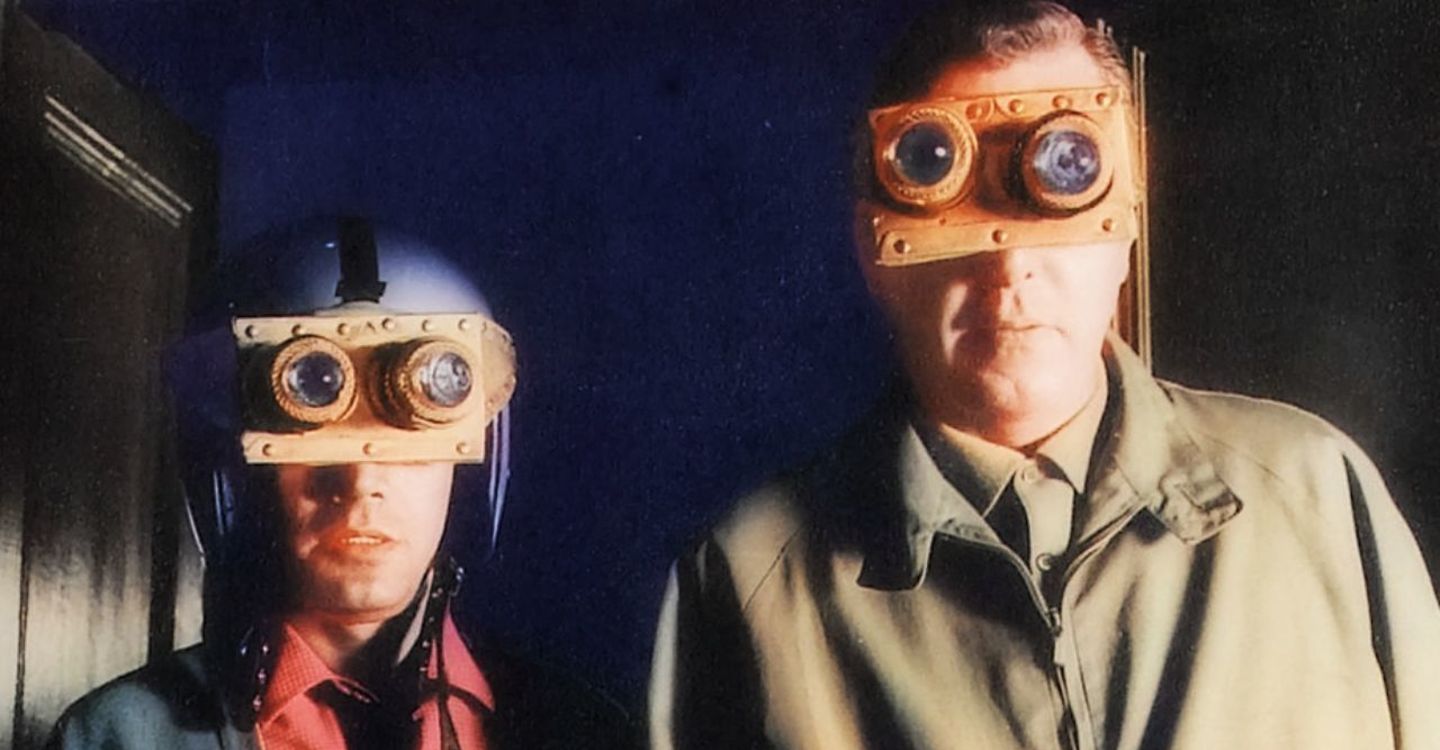 With only three characters that actually leave an impression, Michael Gough aside, Dr. Curtis Temple played by Robert Hutton is our lead, the hero and it’s no mistake that he’s also the only American in the film. Zia Mohyeddin as Farge does his best as the more memorable character, the sidekick to Hutton but the film severely lacks a connection that the audience can root for. Coupled with one of the most confusing soundtracks for a science fiction story, the 85-minute-long film feels twice as long.

With a wooden script, basic characters, and very kitschy costumes towards the end, They Came from Beyond Space, is a letdown from the start. Especially as the artwork for the film is very misleading. From the cult-like space designs, you’d expect a story to match but follows doesn’t match up the science fiction films of the past. But the cheap 60’s design had worn off and left the film with little direction and a very convoluted third act. As this was an adaptation, maybe the book is better and makes more sense on the page.