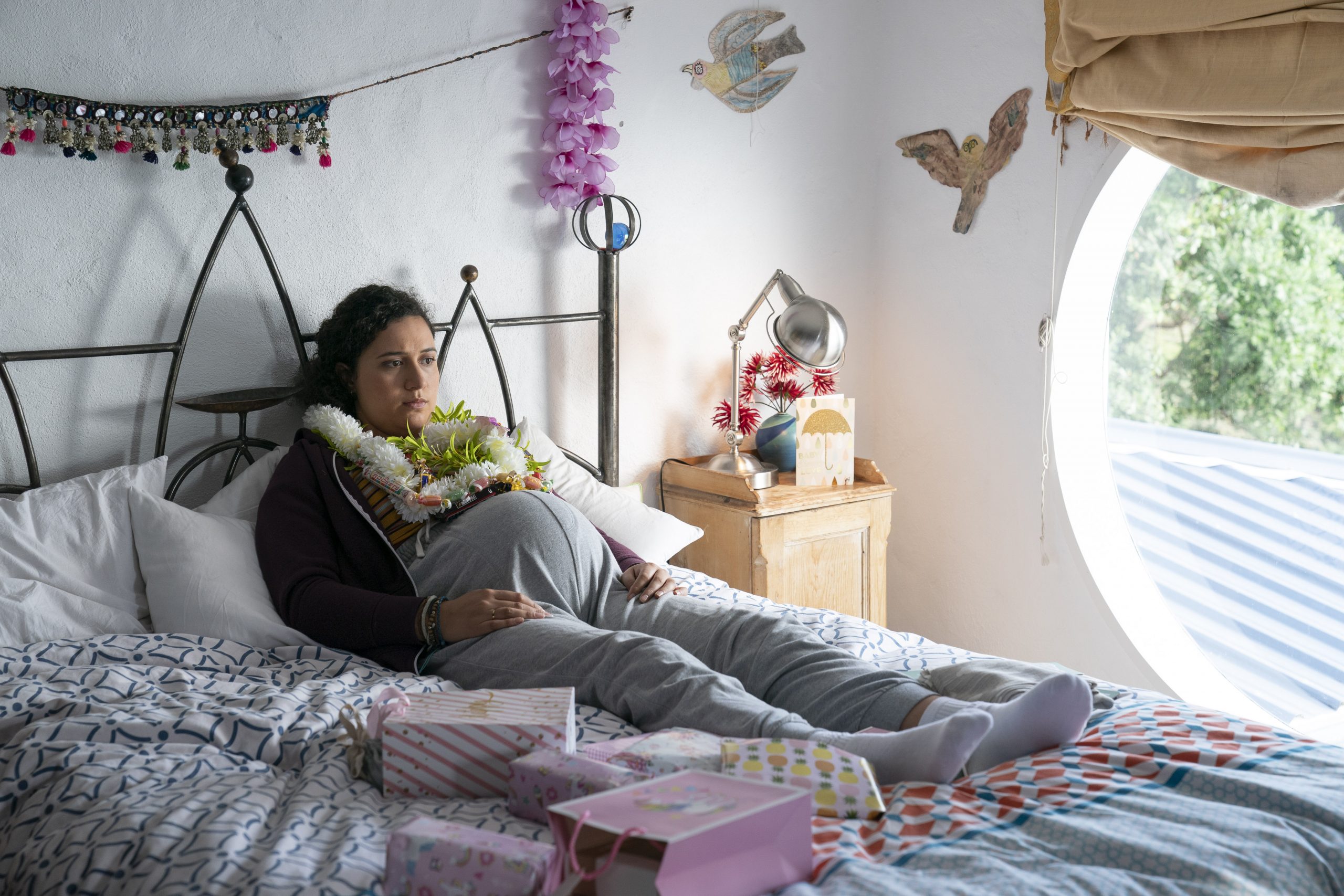 For anyone who saw the ninth season of the brilliant Taskmaster Rose Matafeo is a comedian of some talent, her stint on the show showed her ability to mourn a chickpea, sing country songs and say “shed” in her New Zealand accent to comic effect. While none of those come into play in this light and breezy rom-com, it further cements her as a fantastically gifted comic.

Matafeo is perfectly cast as Zoe a tree-climbing enthusiast who discovers she’s pregnant with boyfriend Tim (Matthew Lewis) and desperately tries to cling to her old ways for as long as she can. The film is brave in that it makes Zoe at times a quite unlikeable protagonist, bullheadedly determined to travel to Canada even unto her last weeks of pregnancy to avoid the tedium that comes with being a parent.

It’s to her credit that the film never loses you from wanting the best for Zoe, Matafeo has a way of endearing you to her even as she says and does things that is less charming hands would have you turn on her. It helps that her foil is perfectly cast, Lewis who will still be best known for playing put upon Neville Longbottom, makes a great counterpoint to Matafeo. Tim’s sensitivity isn’t always played for cheap laughs, at one point his ongoing inability to hold back crying when Zoe cries is played to touching effect.

The film also works as an exploration of those often taboo subjects, the idea that a woman can be pregnant and just ignore it out of fear, while a man can be the more hands-on parent during the pregnancy. While it’s not the most radical departure from the formula it provides enough ground to explore how two people might go through their time together.

Perhaps not to the film’s benefit a big plastering of “From Producer Taika Waititi” follows the film around, and with a fun cameo from Waititi collaborator Rachel House, it makes you long for more of the absurdist takes that Waititi brings to his movies. Comparisons to his work are inevitable but foolhardy, there’s no common link except House and Maori people getting juicy leading roles.

Despite not offering any surprises, interesting plot points are often dropped before they get going, there are moments that genuinely charm and make you laugh, while the script offers enough for Matafeo to do that might offer her a chance at landing bigger more substantial parts. It’s not the greatest comedy about pregnancy but it’s far from a disaster.

Baby Done is released in the UK from 22nd January. Please head to https://www.vertigoreleasing.com/portfolio/baby–done/ for more information