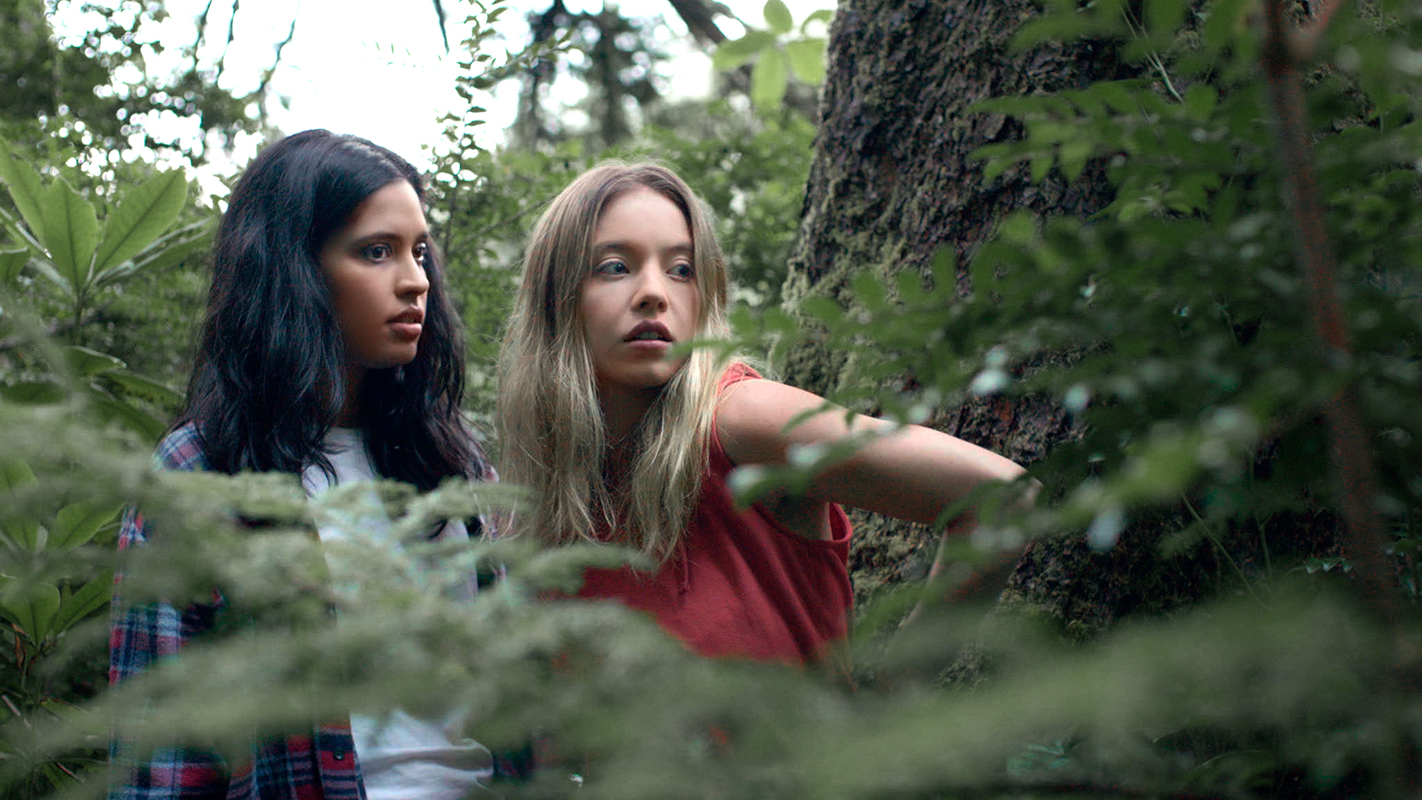 Clementine follows Karen (Otmara Marrero), hurting from a one-sided breakup, before deciding to break into her artist ex-partner D’s (Sonya Walger) lake house, to seemingly lay low and gain some distance. Not long into her trip, she stumbles across Lana (Sydney Sweeney), a young woman that she is drawn to, and their infatuation with each other begins. Lana is often alone, other than when she is with Beau (Will Brittain), the local handyman, who also takes a liking to Lana.

The initial setup is enticing, as Karen attempts to remain unseen, and her entire reasoning for being there is unclear. How long until she is caught out? Other than this ticking clock scenario, however, there is little tension to be found. The main question is what will happen, if anything, between Lana and Karen? Lana takes an interest in Karen immediately, and her suave yet preppy attitude and demeanour make for great contrast with Karen’s standoffish presentation – this is hard to deny. The dynamic between these two is the piece’s saving grace, as both of their naturalistic performances convince the audience that something is bubbling below the surface.

The issue of the age difference between Karen and Lana is one that may divide audiences, as these two women are drawn together like magnets and although it is a piece doused in realism, the explicit age gap can be hard to look past. This relationship dynamic is an echo of Karen’s previous one, but before D is the elder – rather patronising as well, referring to Karen at “Little” when leaving voicemails – this difference, and fixation on such, causes slight uncomfortability. Who is at fault here? Is this a cycle that Karen will continue to find herself in? The comparison of Andrea Arnold’s Fish Tank comes to mind, especially regarding the double-ended sword approach to providing protection and affection to a young girl who is navigating her own sexuality.

The cinematography is beautiful, understandably winning accolades at various film festivals last year. There is a looming sense of fragmentation, uneasiness, a hypnotic blend of roughness and gentleness that helps somewhat to pick Karen’s brain. Yet there is irony in Karen residing in an artist’s holiday home, D’s work scattered all across the house, when Karen seems to lack the ability to fully express herself emotionally, even in the film’s final moments. It is rather difficult to fully engage with a character that you know very little about, especially if we have only seen her in relation to her lovers. As a protagonist, Karen is fairly passive, and all we really know is that she has gone through a recent breakup. How is one expected to connect with a character such as this?

The film begins to dwindle in places, beginning to fall quite flat until 15 minutes before its conclusion. There is a struggle with pacing at points, causing difficulty to keep the audience hooked. This could have been resolved by a more three-dimensional supporting cast, who without this depth merely appear as chess pieces to create conflict (half-hearted conflict, at that). Beau dips in and out at various narrative points, mainly to embody the young heterosexual horny man, attempting to steer Lara clear of Karen. It is a piece that presents the feeling of alienation, yet the lack of world-building hinders the impact of the story, rather than helping.

It is a story of adoration and intrigue, and some moments between Karen and Lana are truly touching, but not much more can be said than this about Clementine. It touches on exploitation and feminine desire, yet leaves very little for the audience to take in their stride when stepping back from the film. The connection between two women is a powerful thing to convey on screen, thus Gallagher must be given praise for stylistically doing so, although it appears Clementine bit off more than it could chew.