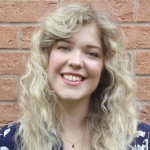 The legendary horror story of Pennywise and the Losers’ Club celebrates its 30th anniversary this year, following the release of the hit mini-series in November 1990. An adaptation of Stephen King’s award-winning 1986 novel, this tormenting and frightful narrative has stood the test of time and is arguably some of King’s most recognisable and memorable storytelling. The series’ terrifying yet youthful understanding of the novel creates a feeling of wholesome camaraderie that has kept audiences yearning for this horror story over the last thirty years.

IT was originally broadcast as a two-part series, directed by Tommy Lee Wallace, although now it is commonly recognised as one, slightly lengthier film. Tim Curry’s iconic performance as Pennywise is hard to forget and it became the main inspiration for Bill Skarsgård’s interpretation of the character in Andy Muschietti’s 2017 remake.

Although both performances of the role are outstanding in their own ways, Curry takes on a version more closely fitting with King’s writing; aligning with the suggestion that, upon first glance, Pennywise is a benevolent being who can quickly develop into a person’s worst nightmare. The jolly clown appearance It possesses is something It’s unknowing victims associate with childhood nostalgia, warmth and comfort, before It transfigures into a ghastly creature and drags It’s victim to their demise. It wants to hunt and kill in peace without being disturbed before It takes it’s 27-year break once again.

Skarsgård’s portrayal, however, is a consistently an uncomfortable one that suggests It’s ultimate motive is to terrorise and harm the kids of the Losers’ Club. Even when other victims are discovered, the kids are being teased and mocked by this malevolent creature; It thrives on taunting these children.

Of course, this change in the interpretation of the role comes with a change of the times. The thought of something seemingly authentic turning out to be deceptively evil once struck fear into audiences of the late 20th century. This has developed into the fear of something constantly lurking and tormenting, especially when you least expect it.

An interesting interpretation of this narrative comes from the idea that adults are completely oblivious to the acts of It and only children are aware of this. King’s 1986 novel and the subsequent 1990 series tie in nicely with Paul Roberts’ theories on the ‘Impulse Society’ and how the 1980s encouraged people to become more self-focused. Roberts suggests that impulsive, short-sighted actions are fracturing the institutions the public needs to survive. The 1980s was the decade where the needs and whims of an individual rose above the needs of the family. The adults in the world of the Losers’ Club are ignorant to the effects of It. The children are not listened to or understood; they are outcasts from their families, school and other kids their age. Their self-focused parents act so unconsciously, that it is down to the Losers’ Club to save the fracturing institutions that Robert speaks of.

The survival of the Losers’ Club and the town of Derry depends on their willingness to cooperate and face their fears together. In both the 1990 series and the 2017 remake of IT, self-preservation is a prevalent theme. The Losers’ Club find that, although they are still children, they are responsible for themselves and each must overcome their own fears, abuse and torment as individuals and together as a group.

This is how Stephen King’s incredible original story has managed to survive all these years with audiences worldwide continuously finding it relatable and moving as well as utterly terrifying. This element of survival through camaraderie is a theme that is found in many films of the late 20th century including The Goonies, Stand By Me and The Breakfast Club as well as many cliché-driven horrors such as Scream and A Nightmare on Elm Street.

Tommy Lee Wallace’s direction of the 1990 series envelops these feelings of close-knit childhood acquaintances and the lifelong effects of these vulnerable yet soulful relationships. This is extended further in Muschietti’s two-part film series which sees the young teens experiencing much more platonically intimate friendships that captivates viewers with immense feelings of nostalgia and warmth. Although this originated in Wallace’s adaptation, Muschietti is able to visibly define the Losers’ inherent need for each other and their reliance on one another during their experiences with It and Pennywise, which perhaps aligns more closely with King’s initial writings of the Losers. Although a much-loved, unforgettable adaptation, Wallace’s 1990 series clearly allowed room for further interpretation, with Stephen King’s narrative being explored in great detail throughout its 21st century remake.

IT is considered by most fans to be the most terrifying made-for-television horror film of all time and was incredibly successful during it’s release, with the show earning 30 million viewers over its two-night premiere in 1990. Since then, reviews have been mixed, but it’s praises remain the same. The portrayal of comradeship, Tim Curry’s terrifying performance of Pennywise and the fight of good versus evil create the foundations of a tantalising and exciting horror.