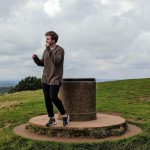 Director Ladj Ly’s first feature film begins with a moment of striking national ecstasy. Energetically panning through cheering crowds, that are swarming the streets of Paris after Le Bleu had beaten the dastardly (at least from an Englishman’s perspective) Croatians in the 2018 World Cup final, the camera cannot stop finding actual faces full of joy and tricolours fluttering with a bolstered sense of worth. Every inch of this great city seems bathed in delight. Suddenly, after fixating on one of these many moments of overwhelming happiness, the director slams the title of the film above them; a caveat to the emotions we see: Les Misérables.

Sadly, this jolt of cynicism is where Les Misérables peaks. Although this police procedural – which impressed at Cannes and pushed France’s President, Emmanuel Macron, to demand improvements to the suburbs – initially intrigues with its beautiful cinematography and depiction of social issues, it ultimately fizzles, like the flares that frame the film’s final riot, into ponderous smoke.

As well as a sense of deep-seated disillusionment, the film also shares a location with the novel that gives it its name. The setting of this film – the volatile and diverse Monterfermeil district in the east of the French capital –  is also the location of the Sergeant de Waterloo, the inn owned by the main antagonist of Victor Hugo’s masterpiece. Also, in a more subtle reference, the corrupt mediator between the authorities and the community is nicknamed ‘Le Maire’, which, if you have ever watched the musical, will be a title seared into your synapses.

Into this boiling pot lands Stéphane (Damien Bonnard): a new member of the street crime unit’s day patrol, a team that essentially cruises around the banlieue attempting to maintain a close relationship with the community and digging into those who refuse to comply. The team is under the stewardship of the unpredictably heavy-handed Chris (Alexis Manenti) who reveals his true vindictive side by his enjoyment when frisking young women. Over the course of his first day, the newbie comes to terms with the power dynamics both on the streets and within his own team, and the audience soon realises that within a community comprised of many fragile temperaments and dangerous ideologies, peace lies on a knife-edge

It is in the not-so-calm before the storm that this film is at its best. As I mentioned earlier, Ladj Ly direction, along with the excellent cinematography, are tremendously capable of capturing simmering emotions in a simmering setting.  However, when the result of those feelings is violence rather than happiness, the film opts for the bombastic rather than the personal. Given what I have said about the films opening that assertion may seem counterintuitive, but despite the grandeur of the film’s pre-credit scene we never lose sight of the individual humanity at the heart of the joy; the scale of happiness is the result of compounded moments of distinct individual bliss. Sadly, the ending of the film loses sight of the individual and, in what is a truly entertaining visceral 20 mins of filmmaking, resigns itself to the spectacle of violence rather than its heartache. As a consequence, the intended social commentary, that seeks to tackle issues around race and wealth, does not hit the mark as forcefully as it should.

LES MISÉRABLES IS RELEASED ON DIGITAL AND DVD 30TH NOVEMBER