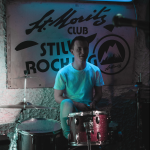 In 2006, Borat Sagdiyev was excitable, inquisitive, and energetic. Within the first few words of Borat Subsequent Moviefilm, you find about a third of that is missing. His voice is flatter, more monotonous; he doesn’t really sound like he’s smiling.

That’s because he probably isn’t. Under the guise of the ousted Kazakh journalist, known for his hatred of Jews and his belief that bears have more rights than women, Sacha Baron Cohen is angry. In a world ravaged by right-wing tyranny, conspiracy-fuelled lunacy, and open racism, Borat Subsequent Moviefilm feels more like something that needed to happen than should have happened – more a political message than a political satire.

As has become his trademark, Baron Cohen forces us to confront the reality of how hateful much of the world has become via Borat’s extremely misguided prejudice. Donned in extravagant, if completely unconvincing, costumes to avoid being recognised, we meet an anti-abortion Pastor, a plastic surgeon willing to operate on a child, and a pair of QAnon conspiracy theorists.

The latter might spout nonsense about the Democrats being more dangerous than Covid-19, but there is something welcoming and kind-hearted lurking beneath the conspiracy theories. After all, they might be about to vote for Trump, but they let a stranger stay in their house for five days in the middle of a pandemic. You almost feel sorry for them.

Then, of course, we see a few familiar faces. The film’s biggest set-piece – Borat’s infiltration of a Mike Pence speech dressed as Donald Trump carrying his daughter – was a bit of a dud. Aside from some setup (in which nobody seemed to care that the Conservative Political Action Conference had invited a member of the KKK), what was shown in the trailer was what we got. Pence wordlessly looked over at the disruption, and Baron Cohen was quickly escorted out. It was a brave stunt and Baron Cohen had little control over the outcome, but it was a bit disappointing, nonetheless.

The more recently publicised element of the film was anything but a dud. It takes just a few seconds for the grotesque demeanour of Rudy Giuliani to turn your stomach, and a few minutes for the bit to stop being funny altogether. It’d be hard to watch him lying on the bed like an overturned walrus even if the whole film was scripted and he was an actor. Knowing that this was real life, and he was moments away from sexually assaulting someone he believed was a child, is totally incomprehensible.

Despite being dressed in an elaborate bikini that was likely supposed to have more relevance to whatever was supposed to happen with Giuliani, Baron Cohen had obviously seen enough and clambered into the room to put an abrupt end to things. A couple more seconds and he would have had enough footage to have Giuliani convicted, but of course, the wellbeing of Maria Bakalova far outweighed anything else.

Educating his audience on the detrimental attitudes and divisive actions of people in power has always been Baron Cohen’s main goal with Borat, but it comes to a head in Borat Subsequent Moviefilm. By viewing what they say in the context of the wider world – and how ridiculous much of it sounds in general – hopefully, some modicum of sense will come to Trump-supporting viewers.

Not a bad word can be said about Maria Bakalova’s performance. As Baron Cohen has said, she is the film’s “lead actor”, and despite this being by far her biggest role to date, she absolutely steals the show. His name might be in the title and his face on the poster, but this isn’t really Borat’s story.

From her scripted introduction as Borat’s caged daughter, through her development and into the successful journalist she had always aspired to be, she is a representation of the need for feminism. Even when having to hear the dehumanising remarks that so frequently accompanies the white male gaze, she remains calm, hilarious, and powerful.

If you can get past the cringe, it’s laugh-out-loud stuff of the highest order. These scenes are what remind you that, amongst the political commentary, Baron Cohen is trying to entertain his audience. And he does exactly that.

Unsurprisingly, to remind us that not everyone in America is blinded by hatred, it takes the efforts of two women from marginalised communities.

Professional babysitter Jeanise Jones is so heart-warmingly kind and caring that it takes a minute to truly believe she isn’t an actor. She offers guidance and support to Tutar, insisting that she is beautiful the way she is and even choosing her words carefully enough to avoid insulting Borat. This is a man who is trying to chain up his daughter and give her as a gift to an old man, remember. Even when Borat requests that she be his “new black wife”, she is grounded in humour and humility.

Plus, she unintentionally gave us 2020’s best mental health mantra: “Your titties will not stop you from drowning”.

The lawsuit that has followed Judith Dim Evans’ posthumous appearance in the film made it seem like something dismissive was in the pipeline. It’s the exact opposite. Despite being faced with his ‘Jew’ costume (horns, money bags and a foot-long nose) and conspiracy theories, she treated him with kindness and realism. Curing Borat of the antisemitism that lived in the heart of his character for almost twenty years made her the film’s most poignant guest. Without her appearance – should the lawsuit have been a success – we’d have lost one of the film’s most educational, touching and positive moments. Also, seeing Borat walk up to a Holocaust survivor dressed as an outrageous Jewish stereotype is bloody funny.

It is almost exclusively through his interactions with Judith, Jeanise and Tutar herself, that Borat reaches political enlightenment. Ever since the character was conceived as part of Da Ali G Show, he was a source of controversy and outrage. His prejudice would tempt enthusiastic agreement from racists, sexists, and homophobes; now Borat is a progressive journalist in the newly-feminist nation of Kazakhstan, the point of the character is gone.

There isn’t much entertainment value in simply watching left and right-wing views clash. We could watch Question Time for that. I think Baron Cohen’s final goal was to take the character to a place from which he couldn’t return.

While it might not have been as ground-breaking or hilarious as the original Borat film, Borat Subsequent Moviefilm might well be Sacha Baron Cohen’s most important release ever: he educated, he entertained, and he ended Borat.

“Now vote. Or you will be execute”.