Ranked: The Films of Christopher Nolan 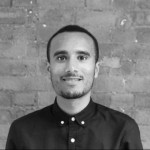 Christopher Nolan has long been one of the best modern filmmakers. Throughout his 10-feature film career, he’s demonstrated a rare ability to marry complex, mind-bending ideas with immersive entertainment. Wielding IMAX cameras and studio-breaking budgets, Nolan has proved he’s a master of making smart, savvy blockbusters.

He is a director that pushes the limits, challenges the audience, and redefines cinema conventions. There’s always so much to unpack in a Nolan movie and with the highly anticipated Tenet (pictured) soon to be released, what better time to rank all 10 of Christopher Nolan’s movies.

Nolan’s directional debut Following is a tense and unnerving thriller that showed early glimpses of a genius in the making. It’s the story of a young writer who follows strangers around in London, hoping to use their lives as inspiration for his novel. Shot on 16mm stock with a £6,000 budget, it’s the movie that marked Nolan’s official arrival. While it’s certainly enjoyable, it doesn’t quite match up to the rest of his output due to its low stakes – but it’s still a great effort for a first-time filmmaker. Following laid the foundation for Nolan’s ascent into Hollywood, showing that he was capable of creating an eerie thriller on a small canvas.

Faced with the task of following up one of the most popular movies in history, Nolan gave us The Dark Knight Rises, a film brimming with ideas and action, but in the end, failed to live up to the hype. The final chapter of Nolan’s Batman trilogy might be overstuffed and riddled with plot holes, but it’s still better than most superhero movies and blockbusters out there.

Nolan’s finale impresses in individual moments, carried forth by well-crafted performances, and a story that relies heavily on deep subtext. It’s a cold, bruising doom-shrouded movie that sinks its teeth into issues around life, death, and rebirth, and concludes with Batman passing the masked mantle onto another hero, driving home the point established in the first movie: “It’s not who I am underneath, but what I do that defines me.”

Insomnia feels like the least essential film in Nolan’s filmography. Delivered in a very straightforward style, it’s quite the deviation from his typical mode of filmmaking – and it remains the only film that Nolan has made where he wasn’t involved in the writing. Based on the Norwegian film of the same name, Insomnia takes place in an Alaska and follows Detective Will Dormer, played by Al Pacino, who’s investigating the murder of a young girl.

It’s a film that seems to have slipped through the cracks, but it’s a great genre exercise, purporting ideas around moral ambiguity and unresolved guilt. A dark, murky film that’s designed to creep into your psyche; Insomnia is an early calling card for Nolan’s ability to dig deep into characters and their motivations. As Nolan’s first studio movie, it marked the beginning of a very successful career in Hollywood.

Less of a war film and more of a survival thriller, Dunkirk chronicles the mass evacuation of British soldiers during World War II. Nolan resets the hours, minutes, and seconds of history, and the result is three overlapping narratives that show the chaos and fear of war. Dunkirk deliberately forgoes any kind of character development, jumping from one battle scene to the next, placing you right in the centre of the horror.

In many ways, the evacuation event becomes the main “character”, and as the viewers, we feel trapped and desperate to escape. Intense, bleak and horrifyingly real, Dunkirk pushes the traditional heroics of war films aside, for a frantic human story, that’s backed by a thundering score by Hans Zimmer.

Batman Begins was a game-changer for the superhero genre back in 2005. At the time, it felt incredibly fresh because we’d never seen a Batman so dark and believable. Nolan transformed the well-known character of Bruce Wayne into a gritty anti-hero, and it marked the dawn of new era for comic book filmmaking. All of a sudden, superheroes were being taken more seriously.

Batman Begins proved that with the right director at the helm, comic book characters could be made grounded and realistic. Many fans would agree that Batman Begins is the greatest superhero origin movie of all time, and one of the best depictions of Bruce Wayne. The film’s lasting legacy lies in its re-creation of Batman as a vengeful vigilante, fighting for a cause greater than himself.

Nolan’s 2000 breakthrough Memento has become the template for his career. It’s a brilliantly executed mystery thriller that tells the non-linear story of Leonard Shelby (Guy Ritchie) who suffers from short-term memory loss. The story revolves around his desperate search for the man who killed his wife, which is the last thing he remembers. Nolan skilfully uses reverse chronology to mirror Shelby’s inability to remember, showing a series of events out of sequence, and it never feels convoluted.

Memento is undoubtedly one of the most unique and original thrillers to come out of the 2000s. It works so well because it’s more than just a detective story: Memento is a mediation on time, memory, and identity that only benefits from its fractured narrative. It’s a very clever movie and certainly holds up twenty years later.

Interstellar, a mind-bending space opera set in the future where the Earth’s climate has failed catastrophically is Nolan’s most ambitious film to date. It’s a deep dive into the mysteries of the universe, following a group of astronauts who travel through a wormhole to try and find a new home for humanity. By design, Interstellar is head-creakingly complex. It explores the intricacies of space travel, the galaxy and beyond, and it demands multiple viewings. Lavish and expansive, Nolan’s obsession with time is on full display in Interstellar, but wrapped in a character-driven story, focusing on the relationship between Cooper and his daughter Murph.

Nolan blends deep space sci-fi with a heartfelt story about love, family, and faith, making for a surprisingly sentimental film. However, the sheer scope of Nolan’s vision is in many ways the film’s biggest flaw, as it fumbles through some of the finer details, but the ending proves to be a terrific home run, raising all sorts of questions about the nature of time. Interstellar might give you a headache with its bits of physics, but it’s a hugely accomplished space movie that reaffirmed Nolan’s position as a leading Hollywood filmmaker.

“Are you watching closely?” Never has a question summed up a director’s motives so perfectly. The Prestige demands your absolute attention from beginning to end. Like Memento, the film is told in a nonlinear narrative with unreliable narrators. It’s the story of two rival magicians (Christian Bale and Hugh Jackman) who become obsessed with pulling off the perfect illusion and outdoing each other in the process.

The Prestige has all the common Nolan themes, from time and personal identity to the distortion of memory, and the whole film plays out like a magic trick. Arguably, it is the most Nolan-like film because it keeps you guessing, with a third act reveal that turns the whole films on its head. The genius of the twist lies in its simplicity and that’s what makes it memorable. The Prestige is an oddly brilliant film that picks at the brain and explores two sides of the same coin in the rival magicians.

The Dark Knight was a monster hit when it arrived in cinemas back in 2008, and rightly so. It went darker and deeper than any Hollywood movie of its kind. Much has been written about The Dark Knight that you wonder if there’s anything left to be said, other than that it’s still the best superhero movie of all time, even in the face of Marvel’s Avengers: Infinity War and Endgame.

Powered by nearly flawless conviction and among the best acting in superhero films, The Dark Knight is a freight train of brilliance. Christian Bale turned in one of the best takes of Batman and Heath Ledger’s portrayal of The Joker is, of course, legendary. The Dark Knight remains a classic of superhero cinema.

At his best, Nolan is a visual storyteller, able to bend any plot into a labyrinth of intricate pieces. Ranking in more than $800 million worldwide, Inception is Nolan’s most entertaining and imaginative film to date. Its premise is built on the heist movie concept, spun into an original idea about fighting through layers of the subconscious mind. The sheer vision needed to power this film is impressive, and it’s a totally immersive cinematic experience.

But what is Inception really about? Dreams aside, Inception is a redemption story. It’s about reconciling with the past and coming to terms with reality. But what elevates Inception above the rest is the perfect balancing act between storytelling and mainstream sensibilities. It’s good for casual audiences just as it is for film fans. Few filmmakers can create a movie that transcends genre conventions, while simultaneously keeping the spirit of Old Hollywood alive. Inception is best summed up as a stunning work of spectacle that shows Christopher Nolan at his apex.