“They Are Nice Because They Are Rich” – Parasite (Film Review) 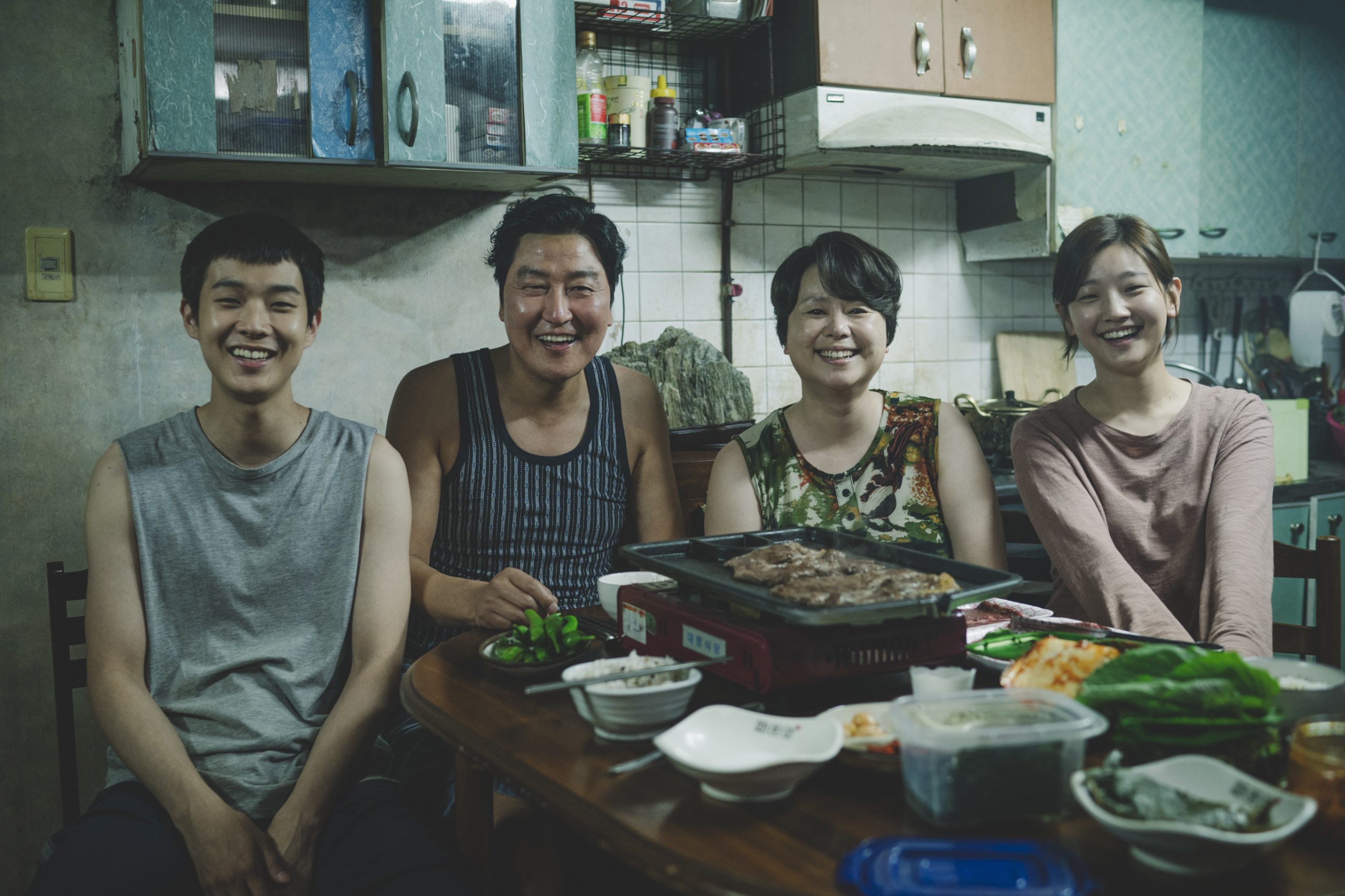 Ever since Bong Joon-Ho’s latest film Parasite premiered in Cannes, where it went on to win the coveted Palme D’Or, the world has been going crazy over Bong. The hashtag #BongHive was born after the first screening and details of the film have been sparse, which is great because Parasite is all the better if you know nothing about it going in. It’s currently making a killing at the US box office and a likely contender for not only Best International Feature but Best Picture at the next Oscars.

Parasite is the story of two families. Ki-Taek lives in a small basement apartment with his family, folding pizza boxes to earn a small living. When his son Ki-Woo gets an opportunity to become a tutor for the daughter of a very wealthy family, their life gets significantly better with the boost of a decent income. Ki-Woo hustles his whole family into employment for the wealthy family, arranging his father to become the driver, his mother Chung-sook to become the maid and for his sister Ki-jeong to become an art therapist for the family’s erratic and energetic young son.

This is all you need to know about Parasite, maybe even this is a little too much. I know we keep saying that it’s best to go into a film blind and often I don’t think that’s true. A film can be effective even when you know what’s going to happen, it’s, in fact, a sign of a great film that can still surprise and move you when you know all the twists and turns. But with Parasite, being completely blindsided is part of the fun. It will remain excellent on the second, third, the hundredth watch, but let the first time be a complete surprise. Trust me on this.

Parasite is indeed one of the best films to come out in the last 5 years or so and it’s one of Bong Joon-Ho’s best films. He’s a director who has proven his skills within different genres and if you’re not familiar with his work before Parasite, it’s certainly worth a look. Parasite might be his most universally accessible film; it’s a classic tale of class, riddled with social commentary but with deliciously wicked twists and turns. It’s a film that never feels up its own butt about being important and meaningful and it prioritises being entertaining. Yet, it never sacrifices its metaphors or commentary for the sake of entertainment. Joon-Ho strikes just the right balance and Parasite is a cunning and delicious treat.

Joon-Ho’s long-time collaborator Song Kang-Ho, one of Korea’s most successful actors is once again rock-solid here, turning in a performance that is both devastating and a riot. Kang-Ho’s, like everyone else’s, performance isn’t flashy, but it’s an effective one. He absolutely nails the despair and portrays a nuanced look at modern masculinity. He begins desperate to make a living and provide for his family, then becomes driven to make something of himself which ultimately transforms into something much uglier.

There isn’t a weak link in Parasite’s cast, but Cho Yeon-gyo is another highlight. Her performance as the wife of a wealthy businessman is a deliciously ditzy, but it never slips into being a caricature. All characters are ultimately believable, relatable, but also infuriating. Whether it be their privilege or their foolish actions, no one comes out of Parasite clean.

Parasite feels timely and historical; its ability to sew modern anxieties into an old tale of class is one of its strong points. There are many notes about westernisation and technology, which are never underlined but hinted at. Parasite may not be the most subtle film, but it handles its subject with grace and aptitude; it’s not keen on shoving a message down your throat, but there is a strong, unmissable message present here. Parasite is a deeply furious and tragic film. Even at its funniest, and it is funny, it feels fundamentally sad and fateful.

It’s all about money with Parasite; how money brings you power, it gives you status and hierarchy, maybe even personality. The Parks need people to know they are wealthy and they want their employees to know they are well-compensated for their services. They are reminded if they will be paid extra, as if to earn more gratitude and better service for this. It’s hard not to be disgusted by this, but these are not bad people. Morals are a tricky thing in a Bong Joon-Ho films and Parasite is no exception.

As mentioned before, it’s a twisty, twisty tale. Whenever you think you have a good sense of what is going on, Joon-Ho will again pull the rug from underneath you. It’s a fun experience and Joon-Ho handles it all masterfully, leaving you gasping for air more than once. It’s an excellent film, made by an excellent director and surprisingly it has a lot to say and it says it with flair and style. Marvel, take note.

Parasite is scheduled for release on 7th of February in the UK.