Unlike most Adam Sandler films that are released with little to no fanfare these days, being released into oblivion until Netflix made that terrible deal where subscribers would have six films put upon them whether they liked it or not. Sandler’s latest film, which will also be released on Netflix as well as a limited cinematic run, is very different to his usual strand of mediocre laughs. 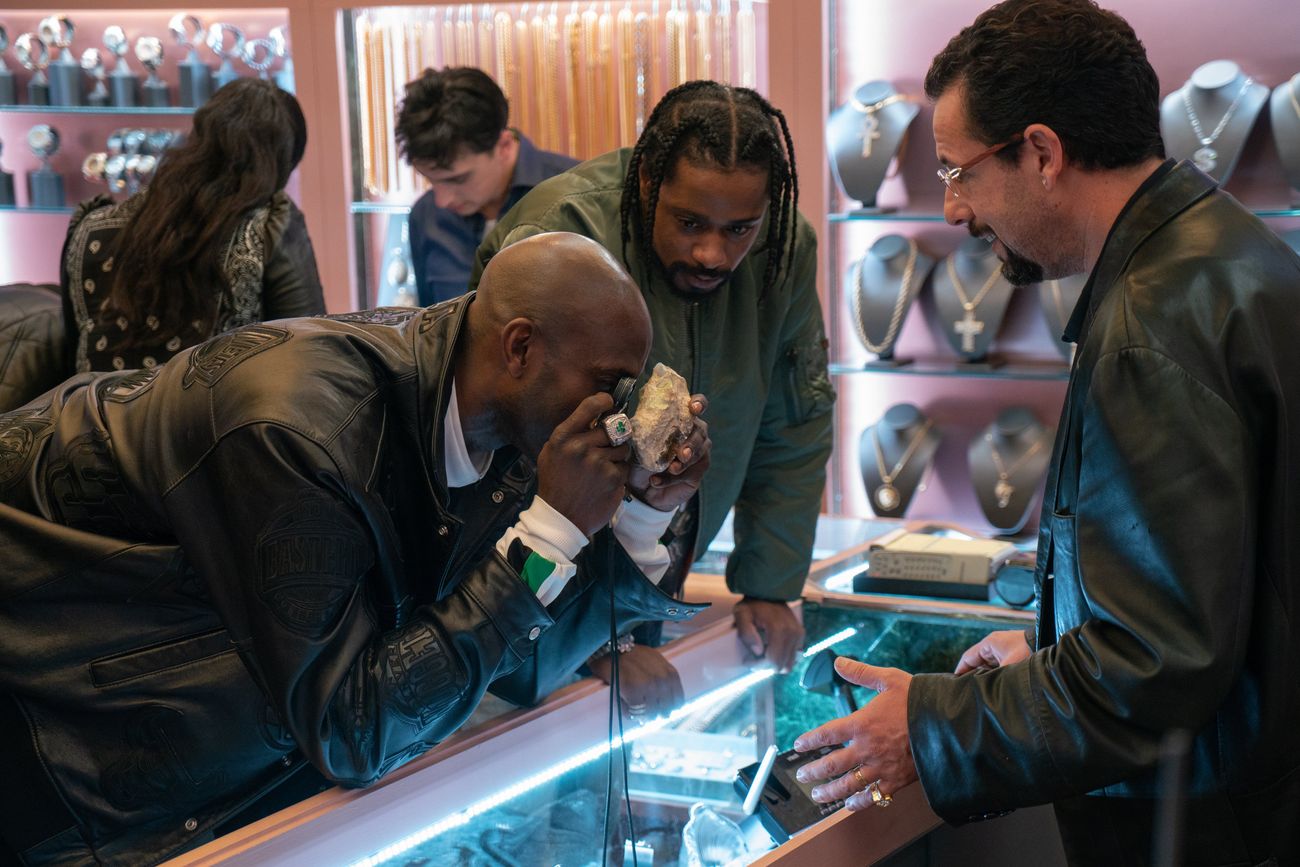 Howard Ratner is a Jewish-American Diamond District jeweller with a gambling addiction that has him in debt all over the city. He has a plan, to pay back what he owes after he sells a rare diamond from Ethiopia at auction. But after he ‘lends’ the diamond to famous basketball player Kevin Garnett for good luck during a game, everything around him descends into chaos and all his bad choices are going to come back to haunt him.

This film does indeed belong to Sandler who proves to anyone who doubted he could play a serious role , and there is nothing more serious than a desperate man who continuously makes the wrong choices. He is a protagonist you cannot feel sorry for but at the same time, you hope that he gets out of the dangerous situations he gets himself into, mostly because of the impact it would have on his family. Sandler is very annoying throughout but this is exactly who this character is and therefore is perfectly cast as Howard. The film cleverly makes you think that the plot revolves around the rare black opal but this is just a MacGuffin for the real story. 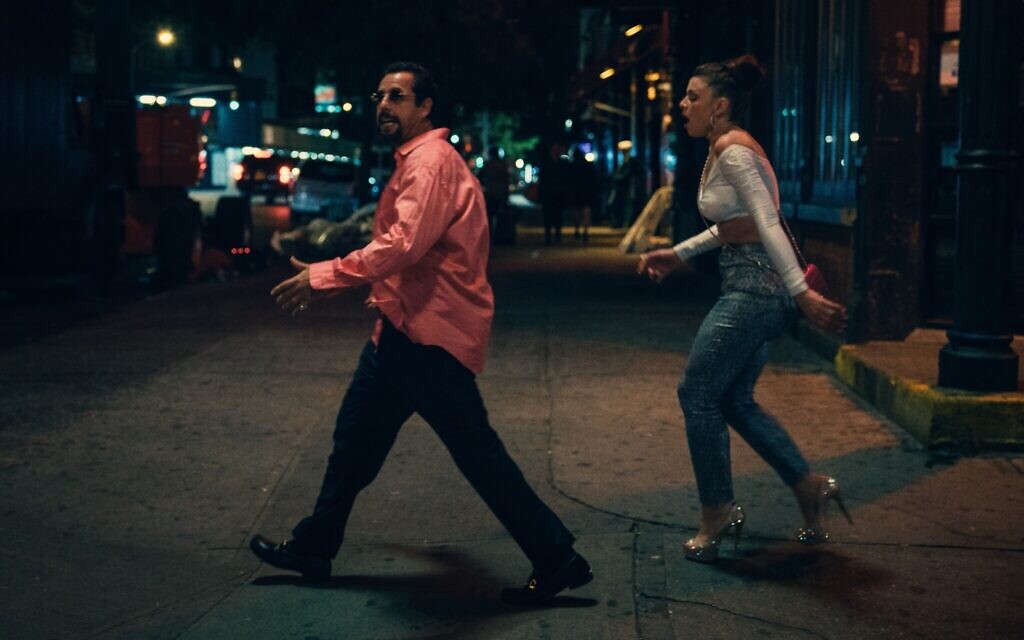 The supporting roles throughout the film are not mere side characters, each player has a pivotal role, including Kevin Garnett, professional basketball player who goes beyond the scope of ‘playing himself’ bring layers to the role and questioning Howard’s actions in a small but interesting scene. Lakeith Stanfield and Idina Menzel also make an impression on-screen, giving more than could be expected of their characters in another film.

The Safdie brothers have a talent for creating desperate situations for their characters and in turn getting rare and brilliant and unexpected performances for actors you don’t see in these roles; they even got a voice cameo from Tilda Swinton. Uncut Gems is a thriller thaT will have you on the edge of your seat or sofa, depending on where you watch the film, whether it’ll give high anxiety or wear you out with worry, you won’t be disappointed by the twists and rapid turns.

“At Any Time, Anyone Could Screw You in The Name of Greed” – Cutter Bill Trailer