As a subgenre of romantic comedy, writer and director Preston Sturges really was the master at creating screwball stories. For The Lady Eve Sturges plays on the Biblical story of Adam and Eve, even including snakes in the mix. Sturges’ 1941 classic ticks every box on the ‘screwball comedy’ list. With a dominate main female character, the clear-cut card sharp con artist makes a perfect pair with a somewhat clueless snake specialist, Ophidiologist. It’s a not so traditional love story with a few twists, turns and different identities.

Confident and glamourous con artist Jean Harrington meets wealthy scientist Charles Pike who has just returned from a year in the Amazon and it’s love at first sight, for him at least. But Jean soon falls hard for Charles too, just in time to stop her father from fleecing him clean in a card game. Ready to come clean about her past and who she really is, Charles is told the truth by his nosey security guard. Heartbroken, he breaks off his engagement, leaving Jean devastated and hungry for revenge. The opportunity arises some time later when a fellow con man, posing as a rich British Lord happens to know the Pike family. So, Jean, as Lady Eve Sidwich, arrives to make trouble for Charles all over again. 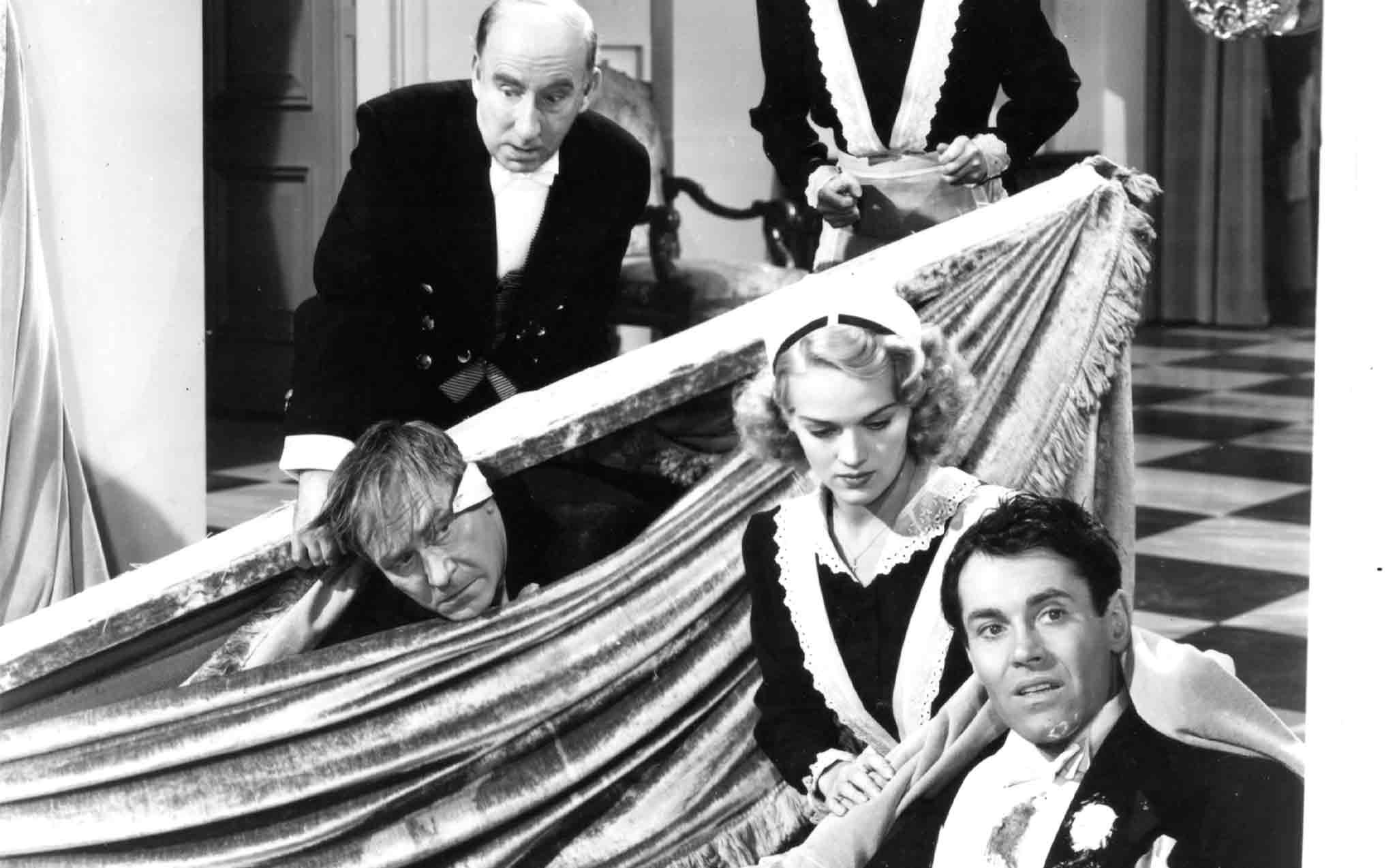 Charles’ falling in love with Jean/Eve sees him literally and continuously have fall over in the most hilarious ways. The first time Jean and Charles meet, she trips him up to get his attention and it works. He seems smitten by the time he’s in her cabin helping her with her broken shoe, she slowly grows fond of him. So much so she plans to marry him, giving up her conning days. Their second meeting, Jean, as Eve, plans revenge by making him fall in love with her and again Charles is so surprised to see her there as well astounded by her, he falls in love again, destroying three dinner jackets in the process. When men and women in screwball comedies fall in love, they fall hard and fast, similar to their dialogue delivery. Barbara Stanwyck and Henry Fonda as Jean and Charles make the perfect couple and are a match made in slapstick heaven. Whether its Jean awkwardly but somehow seductively holding Charles, running her fingers through his hair or Charles continuously falling over when the Lady Eve appears on the scene, these two have fantastic chemistry, which is the key ingredient to any screwball comedy.

Although the film was never gained attention from the Academy, apart from one nomination for ‘Best Original Story’ even though it was based on a short story by Monckton Hoffe, The Lady Eve is still a laugh out loud screwball classic that still feels full of energy as it most likely did back when it was first released.

Based on: Two Bad Hats by Monckton Hoffe

The Lady Eve is being screened at the BFI as part of the ‘Starring Barbara Stanwyck’ season running from 1st February – 20th March 2019.

Through hardships, to the stars – Ad Astra (Film Review)