Hello and welcome to VultureHound‘s weekly news round-up, where we bring you the biggest and best news to come out of the film industry every Sunday.

This week, the focus is on Comic-Con. We’ve got new trailers from Godzilla, Shazam, Fantastic Beasts, Glass and Aquaman. There was also stuff from franchises like Doctor Who, The Walking Dead and even a revival of The Clone Wars animated Star Wars series, but this here’s all about that film news, so you can find someone else to round that up for you.

Before all that though:

James Gunn has risen to prominence in recent years due to his hand in crafting the most unique facet of the Marvel Cinematic Universe as the director of the two Guardians of the Galaxy films. However, after Gunn’s continuous criticisms of U.S. President Donald Trump, conservative news site The Daily Caller went out to dig up a host of now-deleted tweets that contained ‘jokes’ made in poor taste by Gunn from almost a decade ago, that painted him in a rather unfortunate light. The content of these tweets were generally quite disturbing, focusing around pedophilia and rape, amongst other things.

In response to these tweets, Disney has fired Gunn from his Marvel projects, which included the upcoming Guardians of the Galaxy, Vol. 3, with Disney Chairman Alan Horn saying the following:

“The offensive attitudes and statements discovered on James’ Twitter feed are indefensible and inconsistent with our studio’s values, and we have severed our business relationship with him”

With all of these tweets once more in the spotlight, Gunn himself spoke of how he previously apologised for the content of his ‘jokes’, which he essentially said were his niche some years ago; telling taboo jokes and being a ‘provocateur’, but has since developed greatly as a person, basing his craft in love rather than anger – “My days saying something just because it’s shocking and trying to get a reaction are over.”

Fan and celebrity response to Gunn’s firing has been mixed, with some feeling the shocking nature of Gunn’s tweets speak for themselves, but with many others rallying behind him and starting petitions to get Gunn reinstated on the future Guardians films, highlighting that everyone has at some point said or done stupid things that they regret.

Guardians of the Galaxy Vol. 3 was previously slated for release in 2020.

After that rather depressing start, we’re on to the meat and potatoes of this weeks news, namely all the new looks at films we’ve got coming out of Comic-Con International, which is still going on in San Diego at the moment.

To start off, we’ve got another trailer from the latest entry in J.K. Rowling’s Wizarding World, Fantastic Beasts: The Crimes of Grindelwald. The film looks to feature a bunch of new magical creatures, but also sees Newt Scamander recruited by Albus Dumbledore to stop the rise of the villainous wizard Grindelwald. We’ve seen a few bits of promotional material for this before, but it’s nice to have a top up, which certainly leans in to the fantastical nature of the series:

Next, Jason Momoa returns in Aquaman. A hero that was formerly the butt of many jokes, under the direction of Saw veteran James Wan, the hero is finally getting the action-packed adventure movie he deserves, complete with a truly resplendent depiction of Atlantis. Joining Aquaman are his love-interest Mera, his half-brother Orm and the technologically powered pirate Black Manta:

M. Night Shyamalan unveiled the trailer for Glass, the third part of his Super-hero trilogy consisting of Unbreakable and Split. After the latter film ended with the return of Bruce Willis’ character David Dunn, this latest film sees him come face-to-face (and fist-to-face) with James McAvoy’s Kevin Crumb, all the while Samuel L. Jackson’s Mr. Glass schemes over ‘the bad guys teaming up’:

Returning to DC, we got a teaser for the upcoming film based around the classic DC superhero, Shazam! The film sees the orphaned teenager Billy Batson empowered by a wizard called Shazam with the ability to transform into a fantastically goofy looking super-powered adult:

Finally, things got pretty chaotic for the Godzilla: King of Monsters trailer, with Stranger Things‘ Millie Bobby Brown watching the world descend into chaos, as Godzilla returns to face off against fellow ‘Titans’ Mothra, Rodan and King Ghidorah. Expect a lot of dust, explosions, and barely visible monsters kicking the crap out of each other in the penultimate chapter of Legendary Picture’s MonsterVerse, before Godzilla throws down with King Kong:

Fantastic Beasts and Aquaman hit cinemas on November 16th and December 14th later this year, while Glass, Shazam! and Godzilla hit cinemas on January 18th, April 5th and May 31st of next year, respectively.

Designers of the Galaxy – Christopher Townsend (The VH Interview)

Secrets, Murder & Family – We Have Always Lived in the Castle (EIFF Review)

Posted by Ryan Pollard - June 3, 2019 0
The franchise that arguably opened the doors on the superhero movie genre, the X-Men franchise has been through many highs… 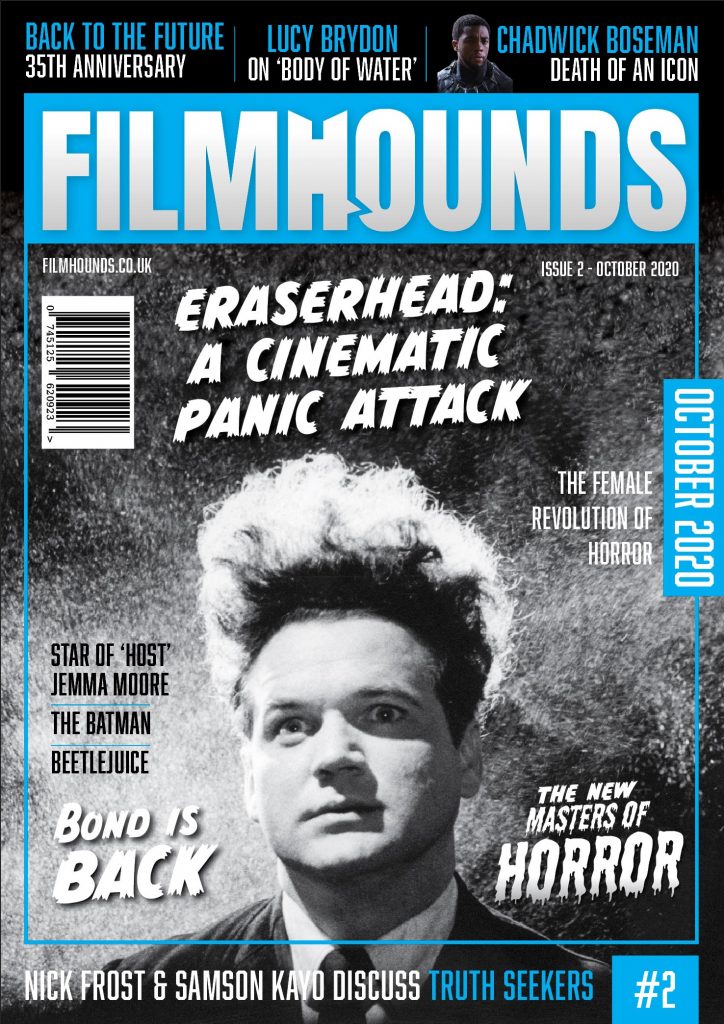