A Bad Day at the Office – The Belko Experiment (DVD Review)

In the world of office politics, it’s kill or be killed.

There you go, The Belko Experiment, there’s your new tagline.

Directed by Greg McLean, the writer of genre classics such as Wolf Creek and Rogue, and written by James “Sorry ‘bout Scooby Doo 2, but surely Guardians, Slither and Super made up for it?” Gunn, The Belko Experiment markets itself as Office Space meets Battle Royale. And, indeed, at first glance, that’s pretty much exactly what it is.

The film centres around Mike (John Gallagher Jr. – Hush, 10 Cloverfield Lane), an average Joe who has found himself posted at the Bogota office of the Belko corporation. Upon arriving at work one morning, Mike and his colleagues are greeted by a voice over the intercom system that informs them that each employee is required to kill two others within the next thirty minutes. Cue a full lock-down of the building, accompanied by snipers pointed at the roof and explosive chips (sold as “tracking devices” in case of kidnap on the dangerous Colombian streets) in the back of the workers’ heads.

Naturally, panic ensues, and two factions; the pacifists, led by Mike and his cheerful comrades, and the “screw you guys, we’re going home” team, corralled by Scandal’s Tony Goldwyn and the manic grin of John C. McGinley, are formed. Add to this a typically Michael Rooker Michael Rooker as a redneck janitor, and it seems like we’re set up for some enjoyable chaos.

Unfortunately, The Belko Experiment fails to hit its monthly targets.

Battle Royale excelled in putting its audience on edge; the juxtaposition of terror and twee in that initial exposition scene remains to this day one of the most nauseating moments in cinema, and the likability of each of the groups of kids in their desperate plight means that as each one meets his or her untimely demise, we actually care. Alas, it’s hard to sympathise with a bunch of office workers, none of whom seem to have a single redeeming feature. Indeed, the only member of the cast it’s possible to empathise with is Michael Rooker’s Bud who, spoiler alert, is the first to die. Yup, that’s right; the only guy with any acting credentials, save for Perry Ulysses Cox, is the first one to bite it. Not the best of choices.

The other major issue is the tone of the movie. Had they gone down the horror-comedy route, this could have been good fun. Throw in some goofier characters with some utterly ridiculous office supply based deaths and we could have had a Severence­-like laugh riot. For the most part, however, the film is so determined to take itself seriously that the few moments of comedy fall utterly flat.

Overall, this is an experiment gone wrong; a wasted opportunity in what might have been a modern horror-comedy classic. Instead, what we are left with is a well-meaning but ultimately lacklustre entry in the pantheon of soon-to-be-forgotten genre films.

Somebody call HR. It’s time for a change of direction.

The Belko Experiment is available on DVD & Blu-Ray from Monday 21st August. 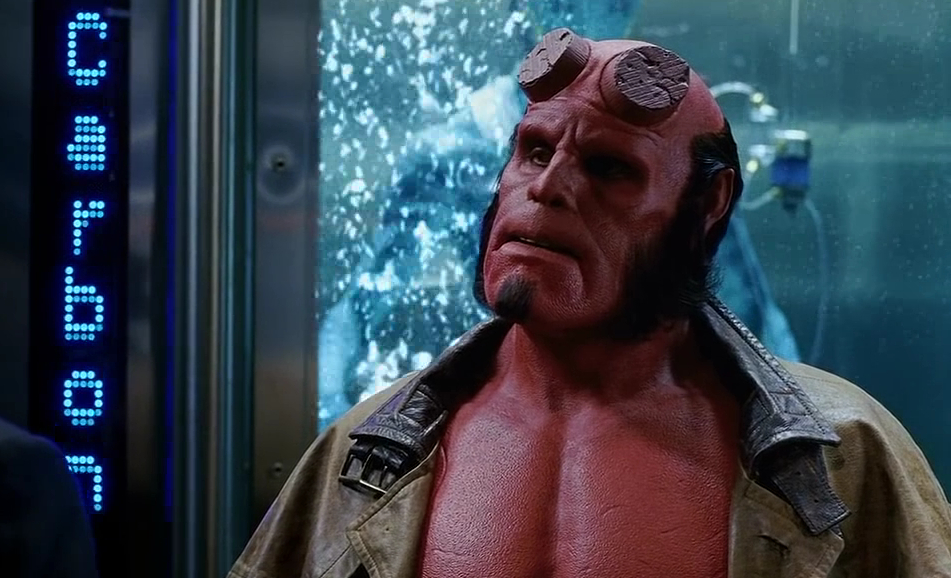 From Elderly Vampires to Fishy Romance: Ranking The Films of Guillermo del Toro